Good movies for a dark future

The Winter Games are coming up. I don't think I'm legally cleared to print the word Olympics (editor's note: Go for it. Shine on you crazy diamond) but you know the ones I mean.
Dec 11, 2013 8:00 PM By: Feet Banks 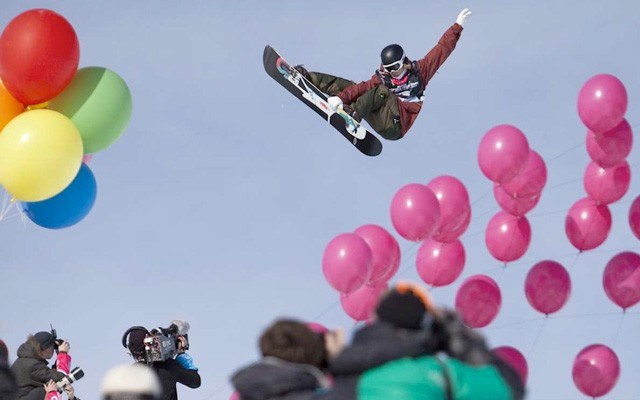 The Winter Games are coming up. I don't think I'm legally cleared to print the word Olympics (editor's note: Go for it. Shine on you crazy diamond) but you know the ones I mean. And there will be some local heroes competing over there in 2014 so please everyone make sure to cheer and send the love and support. Olympic athletes are awesome and Canadian athletes are surely the awesomest of the bunch.

But I'm not as sure about the Olympics themselves, especially when you mix their "stronger, higher, faster" ethos with the Extreme sport's love of high-consequence feats of human skill. A "Super-pipe" half-pipe used to be 12 feet high, now it's twice that. Send an athlete 18 to 20 feet out of the pipe and it becomes a five-storey fall to flat ice if they make a mistake.

Whistler Film Festival show-closer The Crash Reel plays at the Village 8 cinemas this week. It's a stunning documentary about snowboarder Kevin Pearce, an American kid who on any given day could challenge Shawn White as best flipper-twister-pipe rider on the planet. Then Pearce suffers a gnarly crash and subsequent head injury while training for the 2010 Games and everything changes.

With incredible cooperation from Pearce's family, director Lucy Walker (Wasteland, Blindsight) follows the young rider's post-injury journey and cuts together a deeply telling film about aspirations, human spirit, familial strength and our need to prove things to ourselves– and all without ever getting preachy. The Crash Reel also touches on questions about the commercialization of sports that were perhaps better left as enjoyable lifestyle pursuits. Is competitive snowboard hucking (or mountain bike hucking) just asking for trouble?

For a semi-paranoid film geek it can all seem like one more step down the slippery slope of doom. Ponder this: What do you get when you combine that celebrated Olympic drive to be the best ever with an audience thirst for Extreme risk then mix in the ridiculous trend of reality TV and the bafflingly massive popularity of UFC?

You get The Hunger Games, part 2 of which is now playing at the Village 8. You could also get The Running Man, Death Race 2000, Battle Royale or the classic Jean Claude Van Dam flick Hard Target. Life has a pesky habit of imitating art and when you look at how much popular entertainment has changed in even the past 40 years, these dystopian hunt-for-bloodsport movies don't seem like much of a stretch. (The 6 o'clock news is no better and has a lot more slow-mo replays of carnage than even the most stylized Van Dam flick). As the rich get richer and everyone else gets poorer it's entirely possible human life will become another commodity to be traded or sold. Gladiator might not have been "based on a true story" but that kind of bloody "sport-utainment" actually happened, and could easily happen again.

Grim thoughts for a snowless night in December so perhaps it's best to escape into a nice familiar comedy — Will Ferrell's Anchorman 2 starts on Wednesday, Dec. 18. The first Anchorman is among the top 5 funniest movies of the past decade so expectations are probably unfairly high but you gotta see this one.

And don't let all the gloomy end-of-days stuff bring you down. It's bound to start snowing eventually and the good thing about any future industrial-military regime of capitalist oppression is that with money there's always a loophole if you have more balls than the next guy. As such, American Hustle starts Thursday, Dec. 19 and Jennifer Lawrence is in that too. Have fun.