Many people think that here in Canada we don't have much of our own culture. The truth is that we do, but living upstairs from one of the world's largest exporters of (mostly shitty) culture, our stories are often lost amidst the clamour.
Mar 7, 2012 8:00 PM By: Feet Banks 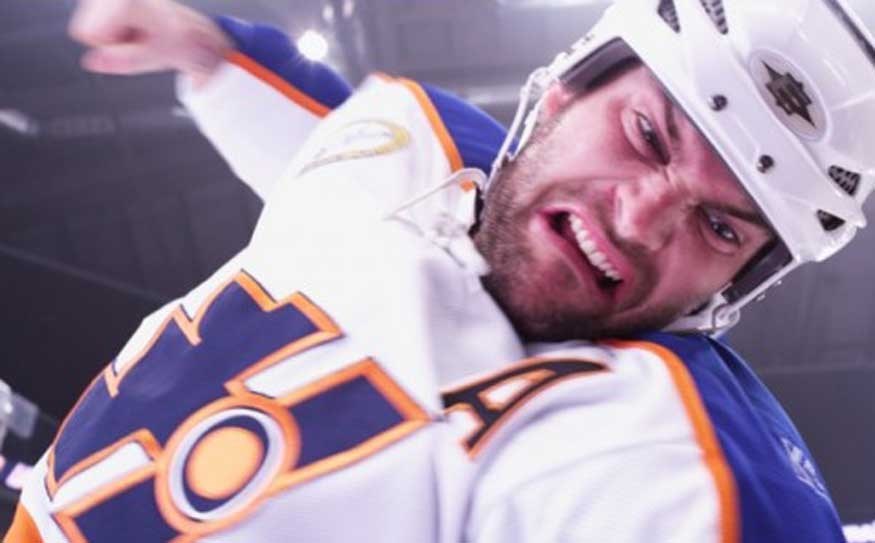 Many people think that here in Canada we don't have much of our own culture. The truth is that we do, but living upstairs from one of the world's largest exporters of (mostly shitty) culture, our stories are often lost amidst the clamour.

This is why everyone should head to the Squamish Garibaldi 5 this weekend to check out Goon, a Canadian-made comedy about the life and hard times of a minor league hockey enforcer.

Seann William Scott (Role Models, Final Destination, or better known as Stifler from American Pie) stars as an underachieving nightclub bouncer touched by the "Fist of God." His only real skill, other than being earnest, is the ability to knock people out. These talents land him a gig with the Halifax Highlanders protecting their hard-partying superstar Xavier Laflamme (C.R.A.Z.Y's Marc-Andre Grondin) who has never played to his potential since receiving a brutal hit by league tough-guy Ross Rhea (Liev Schreiber). Comedy, romance and jockstrap humour ensues.

Goon is a high-quality lowbrow film about a likeable idiot, but it succeeds because it's so smartly made. Writers Jay Baruchel (actor: Knocked up, The Trotsky) and Evan Goldberg (Superbad) wisely populate their script with unique takes on archetypical characters and underplay their love story (the Achilles' heel of any sports comedy). Relationship scenes with the excellent Alison Pill don't wallow in sap the way American romance often does and there is a lot to be said for a character who professes her feelings with, "You make me want to stop sleeping with a bunch of guys."

Director Michael Dowse (both Fubars, It's All Gone Pete Tong) scores again and Liev Schreiber wins MVP for adding what can only be described as "hubristic denouement" to a punch-'em-up hockey comedy that's truly a Cup contender (and does the legacy of SlapShot proud). Interestingly, the Goon promo poster was deemed "too vulgar" by the pansies in Toronto, who petitioned city hall to tear them all down. Ha, no wonder the Leafs suck so much.

Speaking of sucking, John Carter, Hollywood's latest massively expensive CGI blockbuster epic opens Friday in both Whistler and Squam-town. It's about a human soldier fighting amongst aliens on a far-off planet (Mars) and falling in love with a hot princess.

If that sounds like an Avatar rip-off it's because John Carter, although based on an old novel, does borrow liberally from the world's highest grossing movie, as well as almost every other successful sci-fi flick of the past 30 years. Regardless, John Carter looks like a mess, not to mention that it's Disney and rated PG-13. One trustworthy critic compared it to carrying six steaming scoops of wet crap on a flimsy paper plate through a room full of psychotic monkeys, trying not to spill and failing miserably. I can't beat that, but you can bet I'm skipping John Carter.

The download of the week is the Kony 2012 movie, a half-hour call to action in which people around the world attempt to put an end to the reign of Joseph Kony, a tyrannical African warlord who has been raping, mutilating and enslaving young children for over 20 years.

Check out www.kony2012.com or Google "Kony 2012" and watch the 30-minute video dedicated to raising awareness and pressuring policy makers to bring Kony down. There are others who question the true spirit of the Kony 2012 movement and there is an example of that here.