Her — upgrade in love 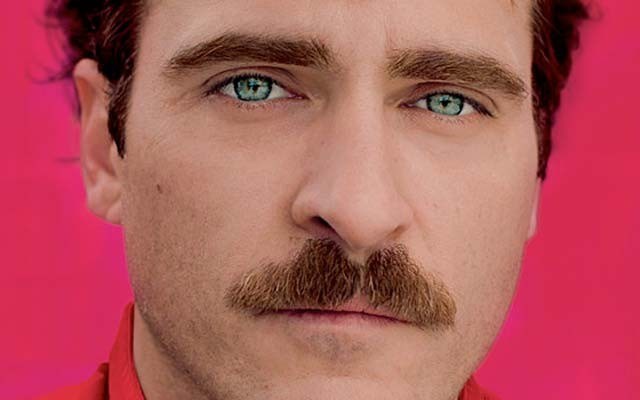 The Internet is starting to creep me out. My nerves rattle every time I read (on the Internet) about how perverts are covertly remote-accessing college students' laptop webcams or that Facebook passes everything I do over to the National Security Agency. Did you know there is something called "The Internet of Things?" It's a whole 'nother web of connectivity built solely for machines like wireless coffee makers, stereo systems and washer/dryer's you can control with your smartphone. Apparently 20 per cent of the spam in my inbox is sent by someone's refrigerator.

Remember SkyNet, from the Terminator movies? The machines started thinking and talking amongst themselves, then they realized they didn't need people to push the on/off buttons anymore. The end is nigh.

But what if "The Machine" was the hottest, most perfect chick you've ever met? What if she told you she loved you? Her, one of the best films of 2013, opens Friday at the Village 8.

Writer/Director Spike Jonze (Adaptation, Being John Malkovich, Beastie Boys' Sabotage video) puts a fantastical spin on the rise of the machines in Her. It's a love story about a sweet-but-mopey dude wallowing in a rut after a failed relationship who upgrades his computer operating system to a new, SIRI-style artificial intelligence version with the voice of Scarlett Johansson. And he falls in love.

Her has it all — romance, comedy, drama, social commentary and a pervading sense of lurking doom. The world Jonze creates is just different enough from our own to still be totally believable. His timing is perfect.

So are the performances. Joaquin Phoenix is not afraid to colour outside the lines (I'm Not Here) and Scarlett, despite playing cute on the promo/talk show circuit saying things like "It's just a really sweet love story," brings the right amount of totally subtle femme-fatale to the voice of "Samantha." Amy Adams always kills it, and her turn as the nerdy best friend is an inspiring foil to her plunging-necklines glamour role in American Hustle.

Of course, if your favourite flick is Transformers or anything with Bruce Willis there's a good chance Her will bore the living crap out of you — it's essentially a movie about a guy talking to his phone for 120 minutes. But Jonze knows it, and addresses that in the film — the scene with Amy Adam's "documentary screening" is meta-gold.

Her is requires a bit of commitment but it's a smart, gorgeous, tour-de-force that not only reflects where we are as a culture but also where we are probably heading.

Also opening, I, Frankenstein. It looks absolutely random with no real connection to the classic novel/idea of the man-made "monster." Set in a dystopic near-future, Frankenstein's monster is immortal and over the past two hundred years he has become a martial-arts expert. Good thing too, because the world is full of gargoyles and demons doing battle to uncover the secret of old Frank's immortality. Luckly he has two handle-less axes and a sexy blond angel-chick to help him save the world!

The source material was a graphic novel, and it probably works in that forum, but as a film (produced by the crew behind the Underworld flicks with the same dark tone) this one looks stupid. It's too bad because a Frankenstein movie does offer a good chance to tackle the artificial intelligence/we-create-our-own-demise theme as well. This one might be a good excuse to eat some popcorn in the dark and watch asses get kicked, but it also looks like the doctor forgot to sew in a brain.