I've said it before, but one of the biggest benefits of the digital cinema revolution is that we are currently balls deep (or labia deep for those of us without balls) in the golden-est age of documentary filmmaking.
Mar 13, 2019 9:00 PM By: Feet Banks 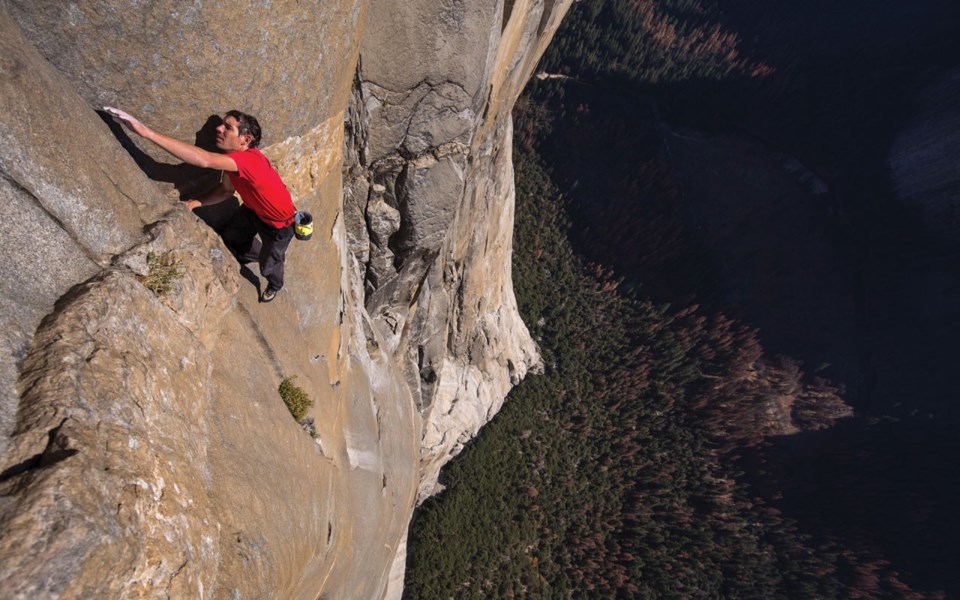 I've said it before, but one of the biggest benefits of the digital cinema revolution is that we are currently balls deep (or labia deep for those of us without balls) in the golden-est age of documentary filmmaking.

Cheaper cameras and sound gear (and fricking drones!) have made it easier than ever to capture real-world stories, while digital editing software (on your phone, even) and online distribution allow anyone to get any story out there. And the proof is coming to Whistler next week when the Zero Ceiling Society hosts a special screening of Minding the Gap on Friday, March 22 at the Maury Young Arts Centre.

Director Bing Liu was essentially a teenage skate rat who turned the camera on his skateboard buddies in Rockford, Ill. and, over the course of 12 years, ended up documenting a perfect film about the complexities of growing up in America, modern-day masculinity, finding your tribe, and the struggle to love people, flaws and all.

Name-dropped by Barack Obama as one of his favourite films of 2018, Minding the Gap was also nominated for the Best Picture Documentary at the 2019 Oscars. I think it should have won (and the skating is legit too).

Zero Ceiling is bringing the film to town to help showcase youth issues in modern society and early word is they hope to do a Skype interview with Bing Liu or someone else involved with the film. Get your tix now at zeroceiling.org and I'll see you there.

Free Solo, the documentary that did win the Oscar this year, is now available on iTunes and about to drop on the National Geographic channel this Sunday at 6 p.m. PST.

Honnold is a complex character. He started free soloing because the idea of walking up to a stranger and asking if they would belay him was scarier than just going it alone with no rope—and this story centres around his motivation and the challenges around pulling off what's likely the greatest human athletic feat in the history of feats.

"Imagine an Olympic gold-medal level achievement where if you don't get that gold medal, you die," says Tommy Caldwell, a climbing legend in his own right, who helped Honnold train for the climb.

The first half of Free Solo focuses on what's at risk and shows Honnold working through the internal conflict around climbing, and potentially dying, in front of the cameramen/friends up on the wall, or his new girlfriend in the valley below. Once the action hits the rock however, Free Solo shines.

Chin's cinematography is masterful (much of the more difficult stretches were shot with remote cameras to ease Honnold's anxieties) and the climax of this film is among the most harrowing and gripping sequences ever made.

At the end of the day, Free Solo is a study of human obsession, courage, connection and self, framed by the single most difficult human athletic achievement ever. It's incredible; the climbing segments totally slay, but I'm left wondering what the Honnold psychology sections would have looked like in the hands of a filmmaker as skilled at capturing the internal human landscape as Chin and Vasarhelyi are at the external, natural one. Werner Herzog's Free Solo is the movie I want to watch.

Sticking with climbing flicks, The Dawn Wall is available now on Netflix, and while the on-rock footage is not as jaw-dropping as Free Solo's, the human element is equally engaging, if not better.

This one is about Caldwell's life and obsessive quest: to free climb the hardest route up El Capitan. Fear not, Caldwell and partner Kevin Jorgeson use a rope, but the difficulty of this route requires they live on the wall for weeks at a time, trying difficult sections over and over until both have "freed" (climbed without falling) each pitch.

This is climbing by siege more than Honnold's ninja-like approach, but the route up the Dawn Wall is so sheer and steep, and Caldwell's obsession so entrenched in a lifetime of overcoming obstacles (he table-sawed off one of his index fingers a few years back, those are kind of important in rock climbing), that The Dawn Wall ends up being a more human, more interesting flick than Free Solo. It's just not as pretty.