'If you build it, they will come'

The WFFS says the festival's success is imminent. All they need is that Rainbow Theatre UPGRADE
Sep 26, 2012 9:00 PM By: Stephen Smysnuik 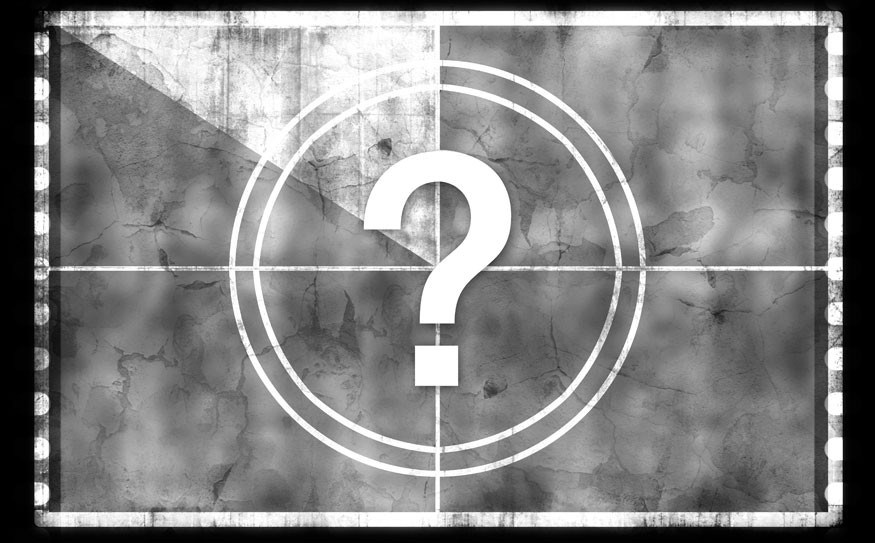 At last Tuesday's Committee of the Whole meeting, the Whistler Film Festival Society (WFFS) met with council and Resort Municipality of Whistler (RMOW) staff to discuss the importance for increased financial support for the Rainbow Theatre renovation project. No consensus was reached, in the end, and all that came of it was WFFS executive director Shauna Hardy Mishaw expressing her frustration at a municipal process that the she feels has gone awry.

But there was more to it than that, an underlying fear that everything she's been working toward for 12 years — a world-class film festival, one of the most important in the world — will be crushed if this project doesn't come through.

For two years, Hardy Mishaw has been saying that the film festival will fizzle out without the $2.7 million renovation of the Rainbow Theatre, which will serve as home base for the festival, with state-of-the-art technology and a "stylish" auditorium quite literally fit for the stars.

The WFFS has asked for an increased contribution of $700,000 in RMI funds for the project, which they assert will allow them to secure a Heritage Canada (PCH) Cultural Spaces grant. With that money secured, they can complete the project.

It likely won't happen as the WFFS has requested. The Economic Partnership Initiative (EPI) committee (formerly the RMI Oversight Committee) has made the recommendation to hold the roughly $350,000 over to the 2013 budget, under the condition that funds for the entire Rainbow Theatre project have been secured.

Last Tuesday, before the Committee of the Whole meeting, Tourism Whistler passed a similar resolution, agreeing to extend the WFFS's sublease for another year under the condition that all funds for the theatre renovation are secured.

Now, Hardy Mishaw says they'll be unable to secure federal funding. Without the funding, there's no theatre. Without the theatre, there will be no up-to-date technology, no seats fit for the stars. Yes, they can rent technological equipment for the Conference Centre, which they've been doing for the past two years, but that's little more than a stay of execution.

Jane Milner, managing director, said it best during an interview with Pique back in July: "Without a theatre, we're f---ed."

The film festival is on the verge of a breakthrough. Variety, the film industry trade magazine based in Hollywood, will be publishing an issue dedicated entirely to the festival, which will be distributed across the world. The WFF is one of only 30 film festivals — compared to the 2,000 or so currently active around the world — that Variety has partnered with. This connection has yielded considerable results for the Toronto International Film Festival, the Czech Republic's Karlovy Vary International Film Festival and, of course, Sundance and Cannes, luring the biggest stars and other industry heavyweights.

Attracting superstars has become more likely. Within the past two weeks, according to Variety executive editor Steven Gaydos, it has been announced that the Academy Awards voting system will be closing 10 days earlier this year, moving from mid-January to Jan. 3. During the voting period, actors, directors, producers, etc., are actively campaigning for their films, making appearances, being photographed at events and locations of some repute.

"They've taken 10 days out of the voting for the nominations, which means that everything backs up, which means the first week of December (when the WFF is held) is one of those weeks when you really want your movie stars and your directors doing panels, doing buzz screenings, you want them receiving awards and honours, and you want them in a prestigious, high visibility, glamorous kind of setting. Whistler has this ability," Gaydos says.

He continues, "[Whistler's] a beautiful place, the most beautiful resort that I've ever been to, close to L.A., in our time zone, in a perfect week for award season campaigning for the Golden Globes and Oscars. This could really develop something."

And then there's China. After seven years of negotiations, WFF is the home base for the China-Canada Gateway for Film, a unique filmmaking partnership between the two countries that has resulted in the China Canada Script Competition, launching this year, which will see professional Canadian writers working with Chinese studios — located in the fastest-growing film market in the world — to make two films with international distribution.

That this partnership exists at all is an important step for Canada's film industry. One of these films will be filmed in China, the other in B.C. Post-production for both films will take place in B.C., which equates to a considerable chunk of business for the provincial economy. Add to this that writers from across Canada (and the U.S., since the competition is open to all Canadians) have applied for the competition and Whistler is housing a high-profile international program.

She adds, "The film business, certainly more than trees and fish and mines and all that stuff, has an aura about it that is cool. If the film business has a central point in Whistler, it's going to be good for Whistler. It's just the way it is."

What the WFF is promising is an authentic and very glamorous addition to Whistler culture, building on its past 11 years. RMOW says is committed to growing "culture" in Whistler for the sake of tourism, as proven through its undertaking of the Cultural Tourism Development Strategy in 2010 and the in-progress Cultural Plan. The hope is to appeal to international tastes that are not necessarily interested in recreational sport. The WFF is offering that.

But without that theatre, the WFFS warns that the international appeal that they're promising will continue to diminish. As WFF director of programming Paul Gratton told Pique in July, "I have big ambitions for the festival, but if you're going to be a world-class film festival you kind of need world-class screening facilities. I'm not sure that Whistler quite has that available to it."

Part of the issue is aesthetic — the renovation plans includes a complete facelift to the auditorium, lobby and washrooms — but it's a small part.

The real issue is technological. As 35mm films are being rapidly phased out, festivals need Digital Cinema Package (DCP) compliant projectors to show the latest movies. Without permanent DCP-compliant technology, the WFF will be unable to premier the award-worthy films that studios are campaigning for.

At the Committee of the Whole meeting last Tuesday, Milner said that the festival has already had to turn down high-profile films this year because the festival cannot support 3D projection.

She explained that they rent digital equipment for every theatre in Whistler, including Village 8 Cinemas and Millennium Place, but these are temporary and costly measures. A purpose-built facility for the festival — which the Rainbow Theatre will be — is imperative to set up the technology needed to premier big films, including 3D, which is becoming more and more prevalent.

"What we don't want to have happen is to have the big guys from Hollywood say, 'Yeah, you know, it's a nice little festival but they can't show a movie.' And then they'll never come back, and as a resort we're embarrassed. That's the risk we're running here if we don't have a permanent facility where we set that up," Milner says.

Gaydos agrees, saying that the opportunity for a "vibrant, successful, important" festival will "go away completely" if support from all of Whistler's decision makers is not forthcoming.

"Unless the divisiveness that seems to be in place and has been for a long time, unless it calms down and everyone pulls on the same end of the string, I would say it would be very difficult for it to survive," Gaydos says.

"There's no one, truly, who understands culture and the economy behind culture in their bones that's anywhere near the decision making," Milner says.

"The town is missing a part of its foundation infrastructure. It's just missing. We can't expect people who are 20 years in our town to get it but, to me, there's an economic opportunity attached to it, so let's give our town the advantage the fact that tourists will actually be attracted to this stuff. There's an economic advantage to that and our community will start to get it."

Decisions makers disagree with these assessments. Both Tourism Whistler and the EPI committee stated their continued support for the festival before putting their new motions forward. As Mayor Nancy Wilhelm-Morden tells Pique, "I really want to emphasize that I am a supporter of the Whistler Film Festival Society but I am also a trustee of public tax money, so I have to be careful."

It is, fundamentally, all about money. The EPI, while acknowledging that the festival is an economic asset for Whistler, is also concerned about the WFF's increasing reliance on municipal funds when the committee is looking to invest in events with a decreasing reliance on such funds. The WFFS also owes a $500,000 debt to Hardy Mishaw, which is seen as both a show of commitment to the festival, but also a concern about the WFFS's financial state.

"When you're invited to make a significant investment, you have to ensure that the organization that will be shepherding those funds is in good fiscal order," says Wilhelm-Morden

But Hardy Mishaw says that it's unreasonable to compare a non-profit organization to other third-party, for-profit events.

According to Steven Thorne's oft-referred to cultural tourism development strategy report, A Tapestry of Place, one of the glaring threats to developing a thriving cultural tourism industry that Thorne illustrates is Whistler's lack of understanding of non-profit economics, which are essential to developing arts and culture programs and events, for better or worse.

Hardy Mishaw says the growth of their fiscal requests parallels the growth of their budget, which has grown from $395,000 in 2006 to $1.6 million in 2012. The funds that the RMOW has contributed equates to nine per cent of WFF's overall budget. On that budget, the WFF delivers a return of $5.1 million to the province.

This issue won't be resolved overnight. The EPI's recommendation is expected to go before council on Tuesday. Despite several meetings between the RMOW and the WFFS in 2012, both parties are admittedly confused about the issues at hand: the WFFS doesn't understand the RMOW's processes and the RMOW is unclear about what the WFFS is specifically asking for.

Wilhelm-Morden says that it's important that two or three people from the RMOW and WFFS sit down to clear the air. After the Committee of the Whole meeting last Tuesday, the mayor invited Hardy Mishaw to a follow up meeting within the week, to clear the air, though that meeting has yet to take place.

The mayor says, "It's just time for everybody to take a deep breath and to sit down and figure this out."