Pop Quiz: who's the biggest movie star in the world right now? Forget about that wingnut Tom Cruise, or the world-saving antics of Will Smith. The answer, from a box-office perspective at least, is Robert Downey Jr.
May 1, 2013 9:00 PM By: Feet Banks 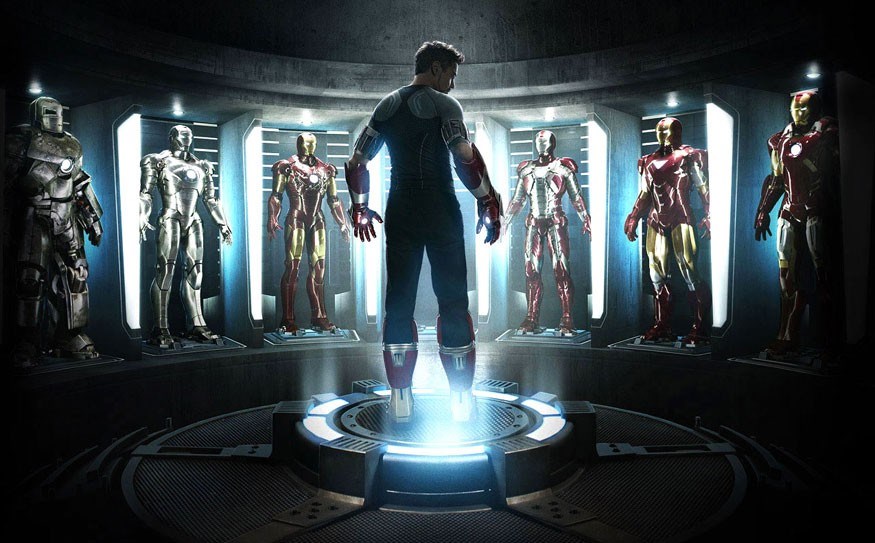 Pop Quiz: who's the biggest movie star in the world right now?

Forget about that wingnut Tom Cruise, or the world-saving antics of Will Smith. The answer, from a box-office perspective at least, is Robert Downey Jr. and his wise-ass, "I used to do cocaine for breakfast so nothing fazes me now" schtick.

But we love it. RDJ's last five films have grossed over $3 billion worldwide. That's serious cake: The Avengers nabbed $1.5 billion all on its own but with the other Iron Man movies and Sherlock Holmes flicks it adds up fast. Even the crapfest Due Date took in over $200 million.

RDJ is back on the big screen this week (and the schtick is perfectly played) in Iron Man 3, a movie poised to take a run at biggest movie of the year. It's already made over $200 million overseas before it even opens domestically.

The first Iron Man told a relatable story about a great-but-wasted talent who had to literally rebuild himself, and his heart, to survive. Having a fallen-from-grace actor like Downey on hand only made the theme hit harder and somehow the acting, script and CGI effects managed to create a likeable character out of a suit of expressionless armour while flipping the concept of a "secret identity" on its ass.

Iron Man 2 was more of the same but significantly less interesting, acting mainly as a set up to The Avengers (which sucked, I thought) and all the other Avenger spin-off films. This time around, original director Jon Favreau hands the keys over to Shane Black, the guy who changed the buddy-cop genre with his script for Lethal Weapon (and later directed RDJ in the grossly underestimated Kiss Kiss, Bang Bang­, which is the download of the week. So is Monster Squad, another Black script that assembles Wolfman, Dracula, The Mummy, Creature from the Black Lagoon and Frankenstein's Monster into a crime fighting team. It's for kids, but it rules).

Black's take on Iron Man is based loosely on the Warren Ellis "Extremis" storyline from the comics. He riffs a lot though, largely ignoring the Tony Stark-as-celebrity plotline and instead goes for a more personal, vulnerable Iron Man trying to navigate his duties to country and girlfriend while a new handful of Baddies literally arrive at his doorstep.

With a whole whack of new suits of armour and some really incredible action sequences, Iron Man 3 should impress the fanboys. Add in Ben Kingsley playing top bad guy The Mandarin (with a pitch-perfect zeal you don't see too much in comic movies), a kid-sidekick that actually works and more Pepper Potts (the always perfect Gwyneth Paltrow) and there's a lot to love about this one: it's fun, fast, loud, funny and, if it matters to you, contains some real human moments.

The story/bad guy motivation gets muddy from time to time (and hasn't there been a lot of president abduction plots lately?) but Black's dialogue prowess carries the picture through that and RDJ even reigns it in enough to sell us on an older, more tentative Tony Stark who still has that boy-genius streak in him (the toy segment is killer!).

For those who go looking there are a few decent undercurrents on the industrial-military complex and corporate responsibility and while the ending is kind of weird, at least Black didn't play it safe and dish up Iron Man 2.2. This one is worth watching but you'll probably have to get there early if you want a good seat. Summer movie season just kicked off with a bang.