It's been a dreadful year for movies but one thing about Hollywood is, much like Vanessa Williams, they do tend to save their best for last. And by "best" I mean "somewhat watchable.
Dec 14, 2011 8:00 PM By: Feet Banks 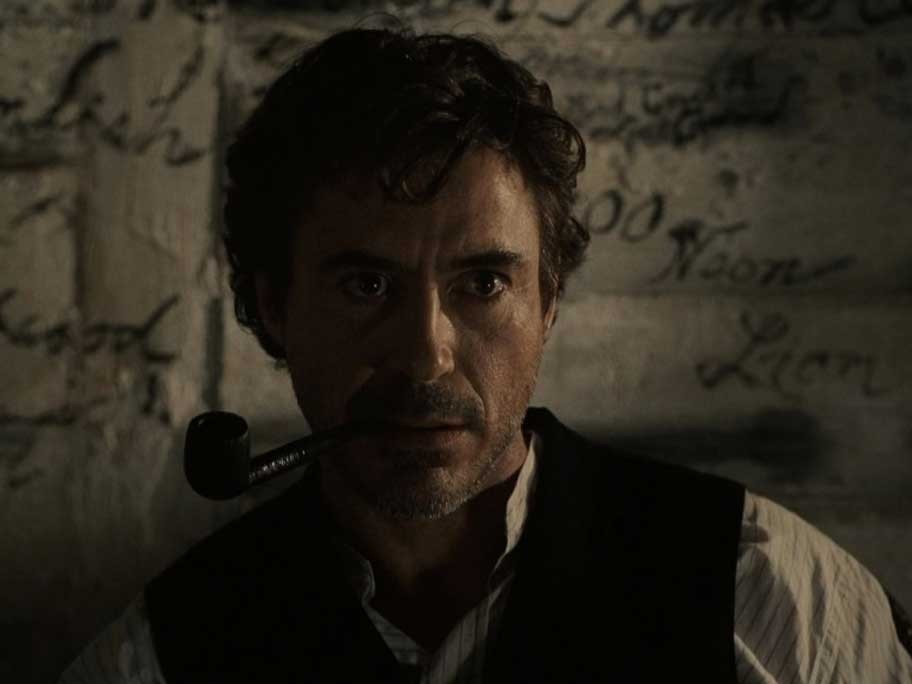 It's been a dreadful year for movies but one thing about Hollywood is, much like Vanessa Williams, they do tend to save their best for last. And by "best" I mean "somewhat watchable."

Sherlock Holmes: A Game of Shadows opens this Friday at both the Whistler Village 8 and the Garibaldi 5 in Squamish. Robert Downey Jr. is back in the title role and this time he's up against criminal mastermind Professor Moriarty, who may or may not be on a cross-European murdering spree, with explosions.

Director Guy Ritchie (Swept Away, Snatch) brings lots of his usual visual theatrics (and explosions) to 1891 England and Holmes is every bit as much an action hero as a cerebral one, but at least this Holmes packs more intellectual punch than the last flick and the scenes between Sherlock and Moriarity (played by Jared Harris) are pretty tense and good. Plus, did I mention there are lots of Victorian-era explosions? There are.

Another sequel dropping Friday in both Squamish and Whistler is Mission Impossible: Ghost Protocol. Animated feature director Brad Bird (Ratatouille, The Incredibles) steps in to direct this fourth installment but action movies are so cartoony these days that it actually works out pretty good. Having JJ Abrams (Lost, Super 8) on the writing and production team doesn't hurt either.

Tom Cruise is back as Ethan Hunt and this time around he and his Impossible team (Jeremy Renner, Simon Pegg and tough-girl Paula Patton) are forced to "go dark" in order to clear their agency's name after being set up in a massive explosion that takes out the Kremlin. As an action flick Ghost Protocol performs surprisingly well—it's fast-paced, full of spectacle and all in all better than you'd expect. The end still fizzles a bit though and at two hours and 12 minutes , it's way too long.

But what do I know? I trashed both the Alvin and the Chipmunks films (especially the Squeak-quel) and yet those rodents are at it again pouncing around the screen like a high-pitched acid trip gone sour in Alvin and the Chipmunks: Chipwrecked. Granted, it's a film aimed at four-year-olds but pondering how they convinced Jason Lee and David Cross to act opposite six annoying helium-infused rats is probably the most interesting part of this puked-up-furball vacation movie. Someone should set a live trap and then drown those creatures in a bucket of water.

The download of the week is Urbanized, the third feature in the excellent design-trilogy from director Gary Hustwit. Much like he did with Helvetica and Objectified Hustwit delivers an incredibly intelligent film that looks at an aspect of our everyday lives most people don't give much thought —this time it's cities and urban design.

With over half the world's population currently living in cities Hustwit talks to some of the planet's top architects, planners, policy makers and outside-the-box thinkers. From free parking to bike lanes to public spaces to affordable housing, Urbanized investigates the challenges and triumphs that cities around the world tackle and overcome. In Bogota they prioritize pedestrian and bike traffic over cars in order to empower the less-wealthy residents. From Manhattan's High-Line Park (a shining example of industrial reclamation) to the slums of Mumbai (where the government considers one toilet per 500 residents to be adequate) Urbanized drives home that foresight, creativity and the need to push against the status quo are essential to our species survival moving forward.

Design is the most important art form of the future and all three of Hustwit's flicks are must-see.