Look into the Black Mirror

It's January and most of the real action is happening on the small screen this week. IT is finally available for rent on iTunes, Dave Chappelle has two new comedy specials out, and the new season of Black Mirror is available on Netflix.
Jan 10, 2018 5:00 PM By: Feet Banks 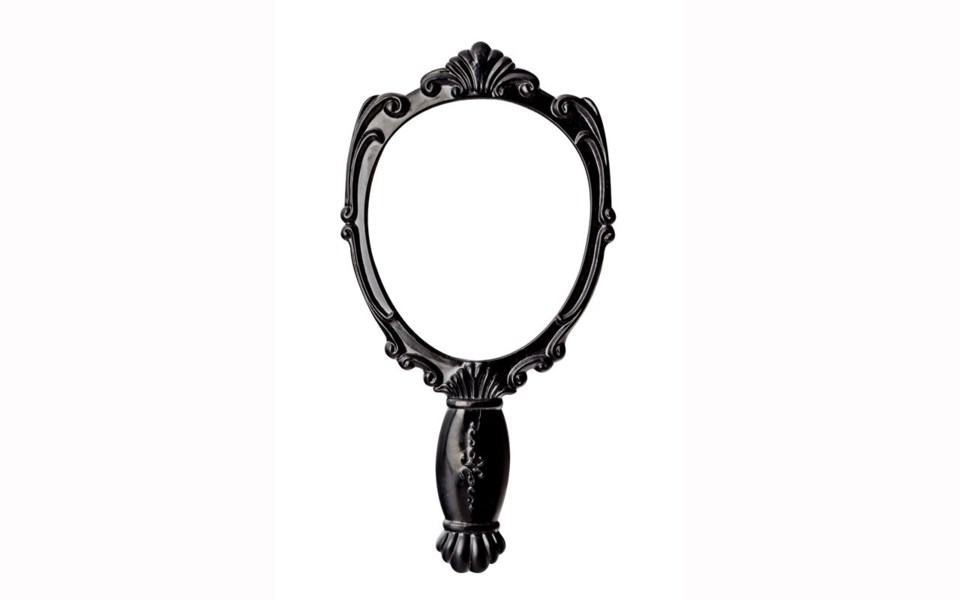 It's January and most of the real action is happening on the small screen this week. IT is finally available for rent on iTunes, Dave Chappelle has two new comedy specials out, and the new season of Black Mirror is available on Netflix. Viva la stream!

In case you've been sleeping on it, Black Mirror is an English-made anthology series (each episode stands alone narratively) that pokes at the dark underbelly of the unique relationship between technology and humanity.

A mix of cutting satire, horror, sci-fi and seeping paranoia, what makes the Black Mirror series work best is that it's really not about technology as much as it's about us. Human flaws are under the electron microscope in this one and from the first episode Black Mirror has pointed its brilliant beam of cynicism at everything from big business and governments to human desires, ego and the hive mentality. It's like an updated Twilight Zone that truly holds a mirror to some of the darkest parts of the world around us. Dig it.

But technology isn't all bad. Also available this week on the small screen (iTunes or DVD if you're old school), Battle of the Sexes stars Emma Stone and Steve Carrell in a dramatized retelling of the spirited 1973 tennis match between Billie Jean King and Bobby Riggs. At the time, coming just after the sexual revolution and the rise of the women's movement, this match was one of the most watched sporting events of all time and featured the kind of off-court shit-talking we take for granted today at boxing and MMA events. Of course, each player, suddenly tasked with representing an entire gender, also had a lot of their own stuff going on (if Riggs being a total dick counts as "stuff"), and the film directed by husband-wife team Jonathon Dayton and Valerie Faris (Little Miss Sunshine) from a script by Simon Beaufoy (Slumdog Millionaire, The Full Monty, 127 Hours) is one of the best movies everyone missed last year. Stone won an Oscar for that shitty musical La La Land, but she is way better in this one. Bonus: Elizabeth Shue is in this. She never disappoints.

On the big screen at the Whistler Village 8, there's probably two new flicks opening this week (I didn't get the email with the listings so we're wingin' it in the back row this week). Paddington 2 is another movie about Paddington Bear, this time trying to get a job so he can buy his aunt a magic pop-up book about London. Sure enough, the book gets stolen by a washed up celebrity-maybe-wizard (Hugh Grant, in a role he is getting nominations for), and it's up to the talking bear and his cultured friends to save the day. Pip pip, cheerio —everyone loves this franchise but I just can't get into it. The bear both creeps me out and annoys me. Kids will dig it though, in this day and age most of them grew up watching people open Kinder Eggs and Lego on YouTube, so they will sit through literally anything. (Let the record show: screens aren't good babysitters in the long run.)

Also opening (probably), The Post is a Steven Spielberg-directed, true-story drama starring Meryl Streep as the first female publisher of the Washington Post in the Nixon-Watergate era (the Post was still considered small potatoes back then). Fighting to instill some good old American values into a country with an elite class that seemed to be sliding into the shitter, Streep enlists morally sound, old-timey editor Tom Hanks to help. Together, they make a difference!

If you find it disconcerting to see a Spielberg movie with two of the most celebrated acting talents of the past four decades released in the cinematic doldrums of January, it might be because the flick is so timely (i.e.: Trump) that Spielberg rushed to get it out. The good news is The Post is not bad, although it does feel a bit underwhelming. It's both a biopic of an inspiring woman from history, but also a sort of Hanks-ian procedural drama; and the mix is not quite perfect. If you liked Spotlight, this has the same feel (and screenwriters), but isn't quite as streamlined.

The Shameless Download of the Week is Into the Blue, the Paul Walker-Jessica Alba treasure-hunting snorkeling movie that is essentially an hour and 50 minutes of really good-looking people writhing around underwater in hardly any clothes. It's available to rent in HD for $1.99 on iTunes right now (or buy it for $4.99! Similar to Blue Crush, this one is a perfect hangover nap movie you can watch with the sound almost off.) Don't forget to unplug and get outside!