The worst thing about tragedies is how easily most of them could have been avoided.
Aug 21, 2013 9:00 PM By: Feet Banks 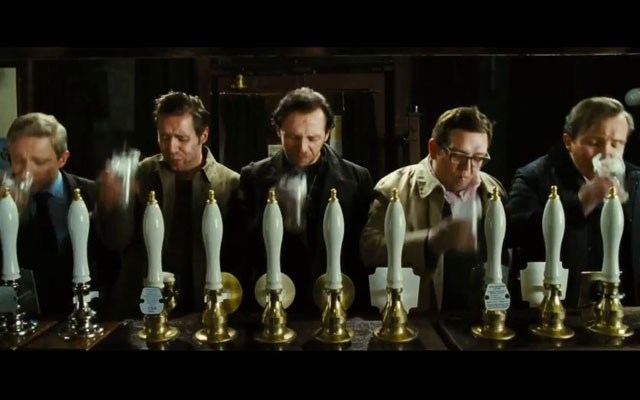 The worst thing about tragedies is how easily most of them could have been avoided.

With that in mind, AT&T and other top American wireless carriers hired renowned filmmaker Werner Herzog (Rescue Dawn, Grizzly Man) to make a short documentary about the dangers of texting while driving. Herzog came back with From One Second to the Next, a 35 min. heart-wrencher focusing on four separate texting-while-driving accidents and the collateral damage of each.

With police recreations, teary-eyed families and even a dead dog, From One Second to the Next is essentially an after-school special designed to scare people straight. And it works. Through haunting interviews with drivers, sisters, mothers and victims who have suffered beyond imagination, Herzog gets the message across —you won't "be right there" if you run over a kid on the way. Find From One Second to the Next on YouTube or at Itcanwait.com.

While texting and driving is obviously a bad call, walking and drinking is both responsible and fun. The World's End, opening Friday at the Village 8, is about five English blokes who reunite after 20 years to take another shot at an epic pub crawl in their hometown (12 pints, 12 pubs) they could never finish as kids.

The World's End comes from the team that did Shaun of the Dead and Hot Fuzz so you know it's not going to be your standard old-dudes-reunite-and-face-their-mortality kind of crap we've seen with garbage like Wild Hogs and Grown-Ups. Instead director Edgar Wright sets up a sad "times change" mood amidst realizations that his characters' tiny hometown doesn't seem to miss them. Then, amidst internal conflict amongst the group, the "Five Muskateers" (plus token old flame female) are thrust smack into the middle of a sci-fi film.

Simon Pegg stars as the man-child/loser/alcoholic who talks his old mates into a trip home to revisit "the pub crawl that got away." All of his old buddies have matured however and the wheels fall off their journey around pint four when everyone is suddenly forced to get over their own interpersonal crap and fight the robot clones that have taken over the town.

As a plot twist, the Stepford Wives-esque robots appearance is a bit jarring but it launches The World's End into a fun and funny finale. Amidst slapstick fight sequences and alien-robot chases Wright ties together a clever flick about growing old, outgrowing friends and why the past is never as great as you remember it.

Also opening this weekend, The Mortal Instruments: City of Bones is another film about unseen menaces walking amongst us. Young Clary (Lily Collins) has no idea she comes from a long line of demon slayers, until she meets a boy with sculpted cheekbones and realizes our world is not what it seems and it's up to her to save everything while simultaneously falling in love. With lots of brooding and black leather, this adapted-from-teen-lit Twilight wannabe may appeal to the youth of today, but I suggest everyone stay home and watch some Christian Slater flicks instead. Pump Up the Volume, Heathers, and The Legend of Billie Jean are kick-ass teen films with real characters relating to each other about things kids probably still care about. And I'm not just being nostalgic.

One film kids certainly won't care about is Blue Jasmine, Woody Allen's latest in which Cate Blanchett takes a run at the best actress Oscar by playing an on-the-ropes high society woman forced to live with her working-class half sister. It looks like an updated Streetcar Named Desire if you're into that kind of thing.