Since it's the time of year to publicly acknowledge all the things we are thankful for, let's start off with a public service announcement: British Columbia's syphilis infection rate is the highest it's been in 30 years (919 new cases); Alberta annou
Oct 10, 2019 8:00 AM By: Feet Banks 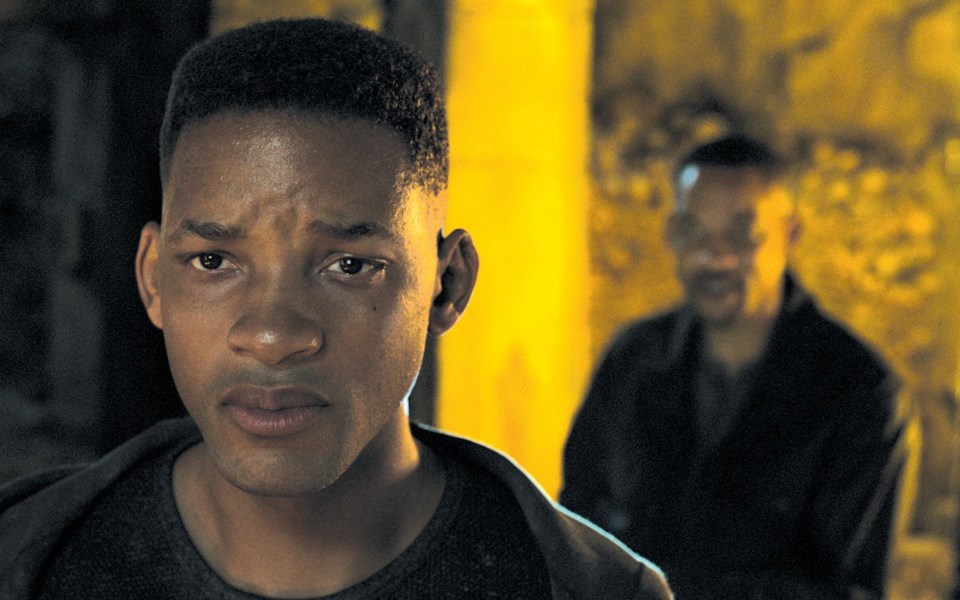 Since it's the time of year to publicly acknowledge all the things we are thankful for, let's start off with a public service announcement: British Columbia's syphilis infection rate is the highest it's been in 30 years (919 new cases); Alberta announced their own 187-per-cent syphilis increase back in July.

Add to that the US Centers for Disease Control's recent announcement that gonorrhea, syphilis and chlamydia hit a 38-year record high last year and I think it's safe to say, "Take a bow, Tinder, you're killing it."

So play safe this winter, kids, and be especially wary of any fresh talent from Banff.

Technology, eh? It giveth, and it taketh away (and sometimes it giveth things that taketh away) but in Gemini Man, opening this week at the Whistler Village 8, filmmaker Ang Lee is using the latest tech to fully clone Will Smith, and the effects are pretty decent, even if the flick is not.

The plot of Gemini Man sounds like it should have been made in the 1990s and starred Nic Cage (it would fit perfectly between Con Air and Face/Off). And indeed, the script has apparently been kicking around Hollywood for 20 years, with names like Harrison Ford, Sylvester Stallone, Arnold Schwarzenegger and even Clint Eastwood attached to it over the years.

Instead, we ended up with Will Smith in the lead role of an aging super-secret government assassin tricked into killing an innocent man so his own bosses have an excuse to hunt him down using their next best assassin—a 23-year-old Will Smith clone.

As featured in this month's Wired magazine, Smith's "clone" is a fully computer generated "actor" created by the masters at Peter Jackson's Weta Digital (Lord of the Rings). In theory, this 23-year-old Fresh Prince-era Smith could go "act" silently in other films if its masters desired. (Would Smith get a cut?)

It's a ballsy experiment, and Ang Lee has proven he can tell very human stories (Brokeback Mountain), can handle digital effects (Life of Pi) and is not afraid of action (Crouching Tiger, Hidden Dragon), so the high-concept ingredients of Gemini Man kind of make sense. If anyone can do it, Lee can.

But maybe not this time. Despite the fact that a lot of the film has a visually unsettling look (some of that may be Lee's decision to shoot his action—which is mostly well staged—at 120 frames per second), Gemini Man is ultimately assassinated by its script. This movie works if it's a Cage vehicle: a batshit bananas '90s opus of insanity that reeks of cocaine and Hollywood yes men terrified to tell the emperors they have no clothes (Jerry Bruckheimer produces here).

Instead, we get Clive Owen (Sin City) trying to be a legit villain (and failing), while Smith (both of him) and Mary Elizabeth Winstead do their best to straight-face their way through dialogue even mid-80s Schwarzenegger would want rewritten. Gemini Man is worth checking out for the novelty, but smoke 'em if you got 'em.

The other flick opening this week is Jexi; it's like Her except the dude's smartphone/artificial intelligence/Siri thing is malevolent, clingy, and wants to screw up the life of star Adam Devine. There were no pre-screeners, but I came out of the trailer wanting, very badly, to hit Devine in the face with a shovel, or maybe a rake (and not the grass/leaves rake we are using this time of the year. I mean a metal rake, the kind that sucks to step on). Is wanting to murder the protagonist the goal of this movie? If so, I relate to the phone. It's directed by the dudes that made Bad Moms, so that isn't helping either.

Finally, don't forget it's Thanksgiving this weekend, a time to think about those things we can be grateful for whilst faceplanting into a fresh pumpkin pie. After that, its all about kicking back with the family and everyone's favourite meth cooks—Jesse Pinkman and Walter White—in El Camino: a Breaking Bad spin-off film that launches Friday on Netflix.

Happy Thanksgiving. Have fun, use condoms, don't do meth!