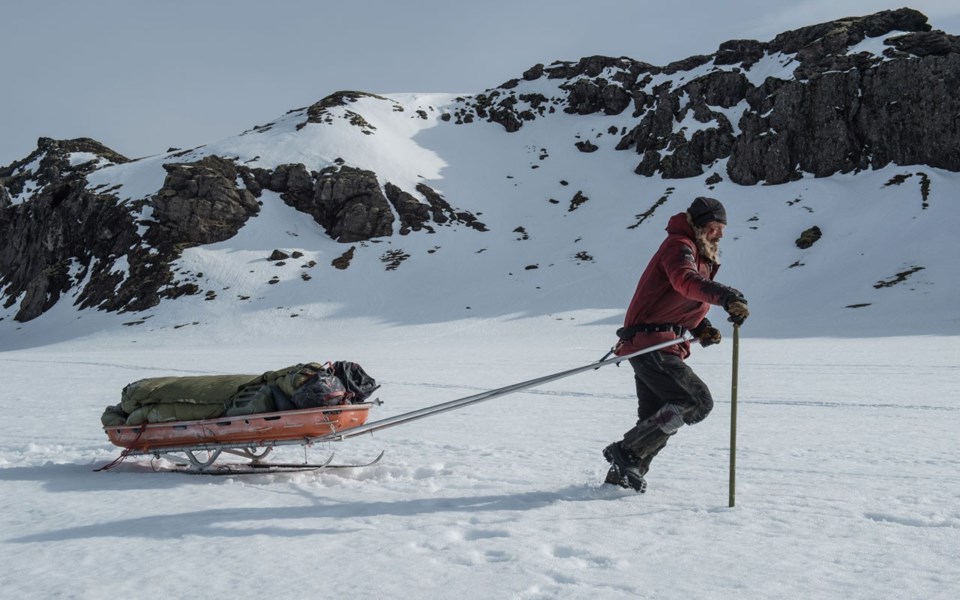 survival story Arctic , a story of survival in the mountains, opens this week. photo by helen sloan/Bleeker Street

Every time someone is driving somebody, I lose."

Spike Lee said that backstage at the Oscars last Sunday, and it's in reference to Green Book winning Best Picture, but also to the 1989 Oscars, where Driving Miss Daisy beat out Spike's revolutionary Do The Right Thing in what is considered one of the greatest Oscar flubs in history (Crash in 2006 is another notable one).

Lee's BlacKkKlansman was nominated for Best Picture this year, and many believe that if the Academy wanted to reward a film about racism in America (which is still very much a thing), the award should have been his rather than Peter Farrelly's more simplified (some say "whitewashed") take.

Regardless, Lee did end up taking the Oscar for Best Adapted Screenplay—the first Academy Award for perhaps the most important black filmmaker in history. The take-home lesson here is that judged competitions are never going to please everyone, and while the Academy is growing with the times it still has a ways to go... but it is good to see Lee get some hardware.

If Beale Street Could Talk was also nominated for Best Adapted Screenplay, and it really should have been in the conversation for Best Picture as well (the fact that director Barry Jenkins just won two years ago with Moonlight might have played a role). Regardless, Beale Street is playing at the Whistler Village 8 this week and it's worth checking out.

Adapted from James Baldwin's novel and set in early 1970s Harlem, If Beale Street Could Talk is a story of young love torn asunder by the injustice of racial bias and institutional prejudice. Anchored by a solid cast (Regina King took home the Best Supporting Actress Oscar this year), Beale Street is an equally poetic, melodramatic and grippingly raw film that runs the emotional gauntlet from anger to hope. This one is well worth a watch.

Also opening this week, Arctic stars Mads Mikkelsen (Casino Royale, The Hunt) as a dude who somehow survived a plane crash in the arctic and has been stranded for months. When the rescue helicopter also goes down, an injured, nearly comatose woman joins the narrative and a unique bond of survival is formed.

What follows is a tense tale of survival that works, thanks to solid acting and first-time director Joe Penna's stripped down, verité camera style and narrative restraint—what is not shown (or heard) adds as much to the story as what is. Overall, this is a good flick for the Whistler crowd, and a nice lead-in to this week's special screening of This Mountain Life.

Not related in any way to Mountain Life magazine, This Mountain Life is an anthology doc about something we can all relate to: the passion of living, playing, surviving and thriving in the mountains. The guts of the flick focus on Martina and Tania Halik, a mother-daughter duo who ski toured 2,300 kilometres from Squamish to Alaska, but the remainder of the runtime is fleshed out with portraits and stories of other mountain lifers, adventures and perspectives.

Director Grant Baldwin (Just Eat It: A Food Waste Story, BBC: Planet Earth) and producer/collaborator Jenny Rustemeyer deliver an ode to the beauty and mountains of B.C. and the passion of those who live amongst them. This one plays Wednesday night only, so don't sleep on it.

On the small screen, the download of the week is The Warriors. Originally released 40 years ago, this classic takes place in a dystopian New York City that's ruled by street gangs.

At a huge gang summit in the Bronx, The Warriors are framed for the murder of Cyrus, the driving force behind gang unification to take over the city (he's also the inspiration for The Rock's wrestling persona). With every badass muthertrucker in NYC out for their blood, The Warriors must battle their way to home turf, safety, and legend status.

The Warriors has a perfect us-against-the-world punk undercurrent throughout. Some of the fight scenes might not hold up, but it's beautifully shot. For consistency and to guard against changing weather in a story that occurs over one night, director Walter Hill had his crews hose down the streets before every shot (he might have been the first to do that).

Neon-drenched depravity never looked so good. Warriors...come out and plaaaayyyy!