Crowdfunding is already democratizing filmmaking but for the most part the effects of websites like Kickstarter or Indiegogo have been primarily focused on short films ( Kung Fury, Turbo Kid ). According to Indiewire.com though, the U.S.
Nov 4, 2015 5:00 PM By: Feet Banks 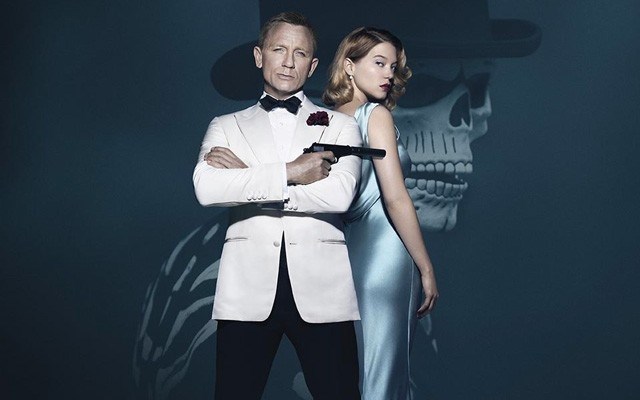 Crowdfunding is already democratizing filmmaking but for the most part the effects of websites like Kickstarter or Indiegogo have been primarily focused on short films (Kung Fury, Turbo Kid). According to Indiewire.com though, the U.S. Securities and Exchange Commission (SEC) has finally changed its rules so filmmakers can now share profits with their backers if the project is a financial hit.

Granted, the SEC is an American entity and it remains to be seen what will happen here in Canada. There are also tons of limitations and many more rules (686 pages) but the take-home message is that as of Jan. 29, 2016, people can invest money in crowdsourced films and potentially make their money back, or more. Putting that kind of control into the hands of the audience is a huge step to a future where what shows up on our screens is not solely decided on by a bunch of profit-hungry dipshits in the Hollywood studios. The game has changed and this could be huge for niche films and projects driven by women, minorities or other demographics long ignored by the industry.

The most notable crowdsourced film thus far was 2014's Veronica Mars flick, which managed to rustle up $1.2 million (and made almost exactly that much opening day), but it will be a long time before we see a crowd-funded $60 million-plus James Bond flick so we may as well let Hollywood handle that for now. Spectre opens this week in Whistler, with Daniel Craig back in the saddle as agent 007 for the fourth time. And the results are... better than Quantam of Solace, not as epic as Casino Royale or Skyfall, but still generally worthy.

Directed by Sam Mendes (Skyfall, American Beauty) this is the 26th Bond flick and a continuation of the stripped-down Bond origin story of the Daniel Craig run. While Skyfall felt like the natural end of the latest Bond run, Mendes and his team are tasked with keeping things rolling and introducing a bit more warmth and playfulness to what had become a cold, hardened killing machine. From the streets of Mexico City during the Dia de los Muertes celebrations to the Austrian Alps to the deserts of Morocco, this time out Bond gets his first taste of Spectre, a franchise-familiar terrorist organization with a spookily awesome octopus logo.

Which is a lot more than I can say for Charlie Brown and his annoying friends in The Peanuts Movie, which also opens this week. Fans of the 65-year-old Peanuts comic strip (and numerous TV specials) will notice this one claws up the same old storyline — Charlie Brown is a loser and everything he does proves it.

This time he's also a bit of a stalker apparently, as the entire plot of this film involves him trying to win over the "little red-haired girl," a female character with no name and almost no interaction with anyone else in the film. She's literally just an object to lust after. Great message for the kids. Some of the early Peanuts stuff was dark and violent enough to be almost entertaining to a lobotomized lab-test animal but let's not shit ourselves, Snoopy is the only reason that crap lasted even a decade. Go suck an egg Charlie Brown. Peanut allergy alert.

If you really want kids' entertainment the download of the week is Inside Out, the Disney/Pixar shoe-in for Best Animated Film of the year. With characters that are anthropomorphized emotions living inside the head of an 11-year-old girl as her life of childhood bliss is uprooted when her family moves to San Francisco, it's a totally unique adventure story for the kids and a tear-jerking meditation on growing up and the importance of family for the adults. Win-win.