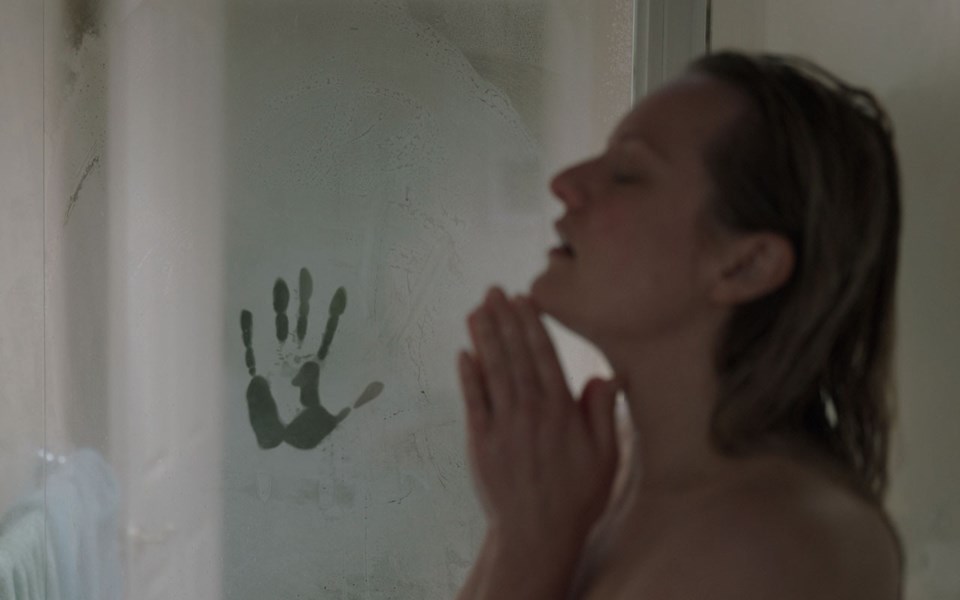 out of sight The Invisible Man , starring Elisabeth Moss, opens in theatres this week. Universal Pictures

This time out, under the watchful eye of Blumhouse Productions and director Leigh Whannell, The Invisible Man is a crazed inventor who loses his girlfriend then fakes his own death and turns himself invisible so he can haunt and torment her. Anchored by a powerhouse performance by Elisabeth Moss (The Handmaid's Tale), this reboot is more of a reinvention, and a tense one at that.

One of the keys to solid horror has always been a fear of what you can't see, so a movie about an invisible attacker offers a lot of low-hanging fruit. Whannell, (Upgrade, Insidious 3, and he wrote the first Saw) has crafted a dark, cruel, and brutal film, and while Moss brings as much depth as she can to the character of the tormented wife (who we learn is an architect, but only because her invisible attacker uses that to hurt her) the sadistic domestic abuse storyline will likely divide audiences.

Speaking of invisible, it's been difficult to discuss female filmmakers for Black History Month because, from the outset, Hollywood just didn't see the value there. It wasn't until 1989 that Euzhan Palcy became the first black woman director to be employed by a major studio (she made A Dry White Season, starring Marlon Brando and Susan Sarandon for MGM that year.) In 1991, Julie Dash's Daughters of the Dust became the first black woman-directed film to be released across the U.S. In 1991! That is not very long ago for a significant first but thankfully, momentum is slowly building.

Ava DuVernay has been carrying the torch lately. She's the first black female director to be nominated for a Golden Globe and Academy Award for Best Picture (Selma), first to win at Sundance (Middle of Nowhere), and first to direct a live-action studio flick with a budget over $100 million (A Wrinkle in Time). Her documentary 13th is one of the most important films of our generation and a perfect watch for Black History Month (it's on Netflix).

Back to prominent black actors of the past 30 years, Wesley Snipes seized pole position as Hollywood's go-to black leading man after a strong, charismatic run that started in 1989 with Major League and carried on through Mo' Better Blues, King of New York, New Jack City, Jungle Fever, and 1992's White Men Can't Jump.

Around then, at the peak of his fame, Snipes refused to play roles that cast black men in negative stereotypes, called out Hollywood for their obvious representation issues, and began to get in trouble with the IRS. His career suffered, to say the least.

As Snipes' star faded, both Denzel Washington and Samuel L. Jackson's began to rise. Where Washington slid into the now-vacant leading man role, Jackson became a character actor workhorse, averaging five films per year from 1991 to the present day (in 2019, he was in eight flicks, including three massively profitable Marvel pictures.) He plays himself every time, but it's always good.

These days, black talent is more noticeable on the silver screen and in the Hollywood establishment (Ryan Coogler's Black Panther grossed more than $1.35 billion, Jordan Peele makes some of the smartest flicks we have, and Dee Rees' new The Last Thing He Wanted is a serious flex) but we have a long way to come before the North American film industry, and culture at large, reaches anything even close to decent, fair inclusivity for black artists, or any minority.

Here's hoping the kids can figure it out.