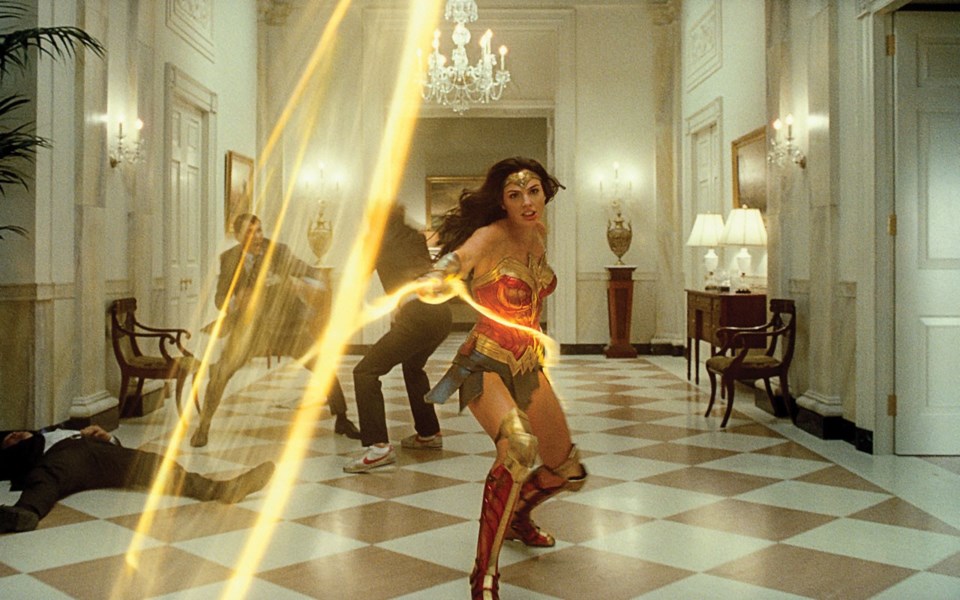 Wonder Woman 2 is just one of the big movies with a delayed release. Courtesy of Warner Bros. Pictures

Well, here we are safe at home, and Hollywood isn't sure what to do with us.

The idea of "renting" new releases for $20 on the streaming platforms doesn't seem to be catching on as much as they'd like, and while some flicks are being pushed (Wonder Woman 2 is slated for August now, not June), Sony is the first studio to officially put the entire summer of 2020 out to pasture.

Which means the Spider-Man sidebar movie Morbius is now slated for 2021, as is Ghostbusters: Afterlife and Peter Rabbit 2 (ever get the feeling Sony didn't have that big of a summer planned anyhow?). The other studios are still in "wait-and-see" mode but at press time, Bill & Ted Face the Music remained slated for a late-August release. Let's pray for that to hold firm.

In the meantime, streaming/online movies are where it's at, and now that homeschool has started, an argument can be made that since every elementary school library has Tintin comics, there's really nothing wrong with sitting your kids down in front of all three season of The Adventures of Tintin animated series on Amazon Prime. Or if you need to teach a science class, Night on Earth on Netflix is informative enough to count as science where I come from (Pemberton High!). Some parents are letting the kids watch whatever they want so long as they write a "review" essay about it afterwards.

For the rest of us, Quarantino continues this week with 1993's True Romance, one of the best movies of the '90s and an interesting watch these days because it's a Tarantino movie, full of his recognizable style—snappy banter, ultraviolence, casual racism— but it's directed by Tony Scott.

The story goes that Quentin had a friend who was working on Scott's The Last Boy Scout and somehow, she got Tony copies of the True Romance and Reservoir Dogs scripts. Scott wanted both, but, as a name-brand director, ended up with the one that required a larger budget; Quentin kept Dogs for himself.

The story is pure movie-dork fantasy (Tarantino admitted lead character Clarence was essentially an idealized version of his dream self)—a hooker with a heart of gold walks into a Sonny Chiba triple-feature, falls in love with a stoic loner/pop-culture encyclopedia and together they accidentally steal a suitcase full of cocaine and head to Hollywood with the mob on their tails. Then it becomes one of the greatest love stories ever told.

Tony Scott changed the flick a bit, made the narrative more linear, and gave it a happier ending, but what makes True Romance so awesome is how he remixes the genius of a not-yet-formed Tarantino (you can see, even then, that he would be a master of building tension) with the steady hand of a veteran storyteller with full commitment to his cast, one of the greatest ever assembled. And yet, even with Dennis Hopper and Christopher Walken, Brad Pitt and Michael Rapaport, Chris Penn and Tom Sizemore, Gary Oldman and James Gandolfini, Bronson Pinchot and Saul Rubinek, even with Val Kilmer playing Elvis, this whole movie hangs on Patricia Arquette's portrayal of Alabama—the doe-eyed, open-topped, four-days-fresh call girl from Tallahassee—the face that launched a thousand bullets.

If Alabama doesn't work, this movie doesn't work. And it shouldn't work, but it does. And that's the magic of the movies. True Romance is available on Crave if you pay the extra ten bucks for a Starz subscription.

But even without ten bucks you can go deeper down the wormhole because all three of those Sonny Chiba films (The Street Fighter trilogy) Clarence and 'Bamba watch on their first date are now available for free in that Open Culture link of 1,150 free flicks I ranted about last week.

The aspect ratios aren't quite right, but that's the grindhouse style. Hit up openculture.com/freemoviesonline. (And shout out to the Sunny Chibas restaurant in Squamish—great people, awesome food, and they have a meal program to help anyone who's having a hard time making ends meet during these crazy times.)

We'll close Quarantino out this week with an interesting side note—the other Tarantino screenplay from this era was Natural Born Killers, which originally sprang from an early version of True Romance, where Clarence was writing a movie within the movie as they drove from Detroit to LA. Killers was eventually made into a visually barraging takedown of the media, violence and the American Dream by Oliver Stone in 1994.

Tarantino didn't like Stone's changes and had his name removed from the movie but there's definitely a lot of Quentin's verbiage left in there. No one's hitting the road any time soon, so maybe these two Tarantino road flicks will scratch that itch. Stay safe friends, and keep ramblin'.

Next week we'll do an actual Tarantino movie, I promise. If there is a next week.