Time passes slowly in up here in the mountains, but life can go by way too quick. Some beautiful mountains in South America brought three equally beautiful people into the fold on Monday, Sept. 29, and ushered them over to the other side.
Oct 1, 2014 6:00 PM By: Feet Banks 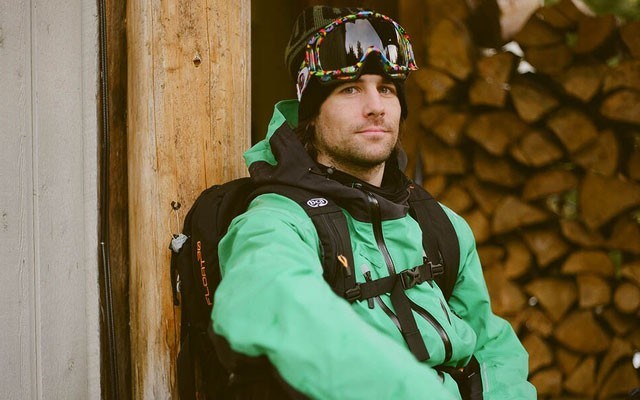 Huge Loss Freeskiier JP Auclair was killed in an avalanche in Patagonia on Monday, Sept 29. Photo by Damian Cromwell

Time passes slowly in up here in the mountains, but life can go by way too quick. Some beautiful mountains in South America brought three equally beautiful people into the fold on Monday, Sept. 29, and ushered them over to the other side.

Snowboarder and guide Liz Daley was killed by an avalanche in Argentina, while ski icons Andreas Fransson and JP Auclair succumbed to a slide in the Chilean Patagonia. Of the three, I only knew JP personally but it's safe to say all of them lived a far more interesting and imaginative existance than most. And all will be sorely missed.

So the Download of the Week is JP Auclair's "Imagination" street ski segment from Sherpa Cinema's All.I.Can. It's the most engaging piece of ski filmmaking ever captured. Watching him riding where there shouldn't be any riding and finding beauty and flow in the dirty streets of Trail, B.C., is to watch someone elevate sport into art. That segment is subtle and it's perfect and JP brought that level of artistry to every aspect life.

His textbook backflip mute-grabs were only a tiny part of how he helped revolutionize skiing in the late '90s as part of the New Canadian Airforce. He co-founded Armada skis, one of the first rider-owned ski companies and also co-founded Alpine Initiatives, a social and environmental sustainability engine that literally helps make the world a better place. And 14 years ago this month, he helped Chili Thom and I attempt to jailbreak our buddy Travy from the Whistler drunk tank with a quickly improvised scheme that involved piss, cop cars, a girl in a bird costume and a not-quite-fast-enough kamikaze run into the jailhouse.

JP Auclair was one of the good ones, one of the best really. Kind, humble, creative and totally inspiring in ways I'm sure Andreas and Liz were as well. It always stings when we lose people like this. Sometimes you pretend it doesn't and after so many losses it maybe doesn't sting as much, but it always stings a bit. This time it stings a shitload. RIP means "Rip in Peace" this week, because I suspect none of the mountain souls we lost on Monday did a lot of sitting around and resting.

There are movies playing this week too. TGR's Almost Ablaze screens at Millennium Place Friday night. It's a ski movie and it's safe to say every person in it was directly influenced by JP Auclair. Jeremy Jones' Higher plays Saturday night — the conclusion to a trilogy of Jones films that examines exactly what it is that people like Liz, Andreas and JP are doing out in the mountains in the first place. This one is a must-see.

Hollywood is dropping a few nuggets this week as well. David (Fight Club, The Game) Fincher's Gone Girl stars Ben Affleck as a dude whose hot wife goes missing and then finds himself the primary suspect. It looks intense with a capital "Holy Crap!" Fincher is among the best American directors of the past two decades and Affleck has really turned things around after brutally sucking his way through the early 2000s.

October is also Horror month (Heavy Hitting HorrorFest tix go on sale this week!) and Hollywood is in on the fun with Annabelle, a prelude flick about that creepy, possessed doll from The Conjuring. It's devoid of any unique horror ideas or earthshattering horrorificness but Annabelle executes the the clichés so well it works in a hair-raising, seat gripping kind of way. Go with a friend, a popcorn movie like this still counts as quality time.

And time is precious. So call up your parents this week, write a real post-office-style letter to your grandma, host a dinner party with all the people you love and laugh at the little things. The lost live forever in the stories they leave behind. Never stop sharing those stories and creating your own, because there may not be time later on.