Send in the clowns!

Despite the title , this column is not about the upcoming federal election. (Having said that, here's some free advice for all the parties: Attack ads are not very Canadian.
Oct 4, 2019 7:30 AM By: Feet Banks 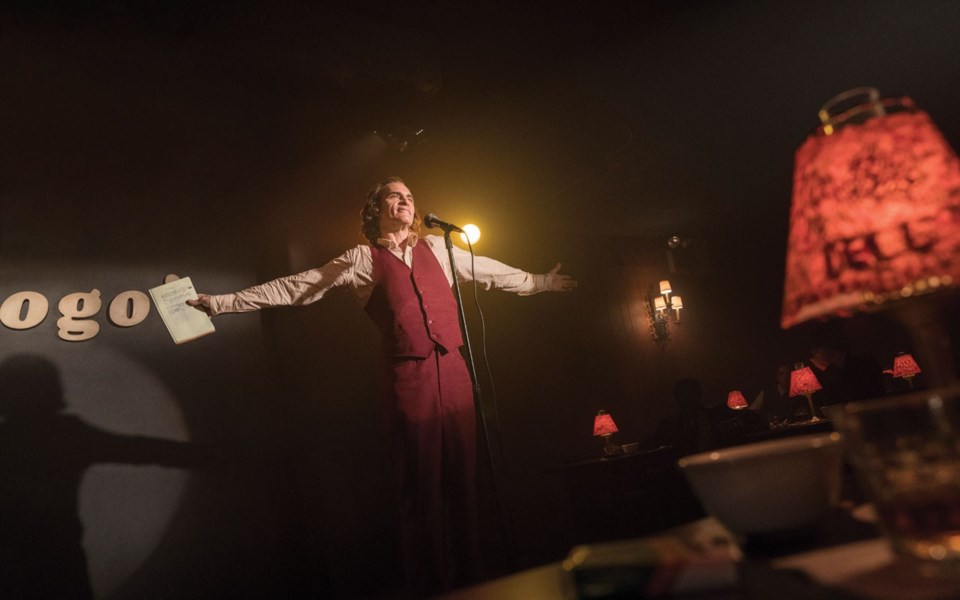 Despite the title, this column is not about the upcoming federal election.

(Having said that, here's some free advice for all the parties: Attack ads are not very Canadian. Everyone makes mistakes, the sign of a true leader is to own them, apologize, and help us all do better. And finally, the future is longer than the next four years and even your most bitter political enemy probably has some valuable perspective on a few things. So ditch the egos and work together you f*cking idiots, or we're all doomed.)

Astute observers will also note that democracy doesn't work if your voting pool is larger than about 70 people because there are too many conflicting interests at play, but enough of that, this week we are talking about real clowns, or at least real clowns in the movies.

And while the Whistler Village 8 listings never hit my inbox before press time, the two biggest movies coming out are the new Joker flick and a "documentary" called Wrinkles the Clown. Both look disturbing—on the screen and beyond it.

Online videos of Wrinkles The Clown began surfacing in Florida back in 2015. The premise was that an out-of-work children's entertainer "added some edge."

For a fee, Wrinkles would come terrorize misbehaving children or teenagers looking for thrills. Instead of spanking your kids or taking away the WiFi password when they misbehave, why not emotionally scar them for life?

Wrinkles got some b-rate talk show play and the Florida media ate it up. Then someone tried to crowdfund an independent documentary and ultimately failed, or did they? This Wrinkles "documentary" features found footage, re-enactments, staged interviews and a lot of moody dialogue from the "real" person behind the Wrinkles mask, a gruff, faceless retiree who remembers getting the belt as a kid and claims his brand of "psychological warfare" is a much softer form of punishment.

Then there's a twist, which doesn't play that well at all. Wrinkles misses some good opportunities to examine the role fear plays in our youth and why it should probably be best left alone there.

The other clown this week has been making big waves since he premiered at the Venice film fest last month. Joker stars Joaquin Phoenix as the lead in an origin story of the Joker, Gotham City's greatest villain.

It's worth noting that this flick is not meant to be part of the DC universe continuity so Phoenix's Joker will not appear in any future Batman or Justice League flicks. Writer/director/producer Todd Phillips made his name as bro-comedy savant (Old School, Road Trip, The Hangover) but he's been shifting to more serious material of late.

With the freedom of a standalone story, Phillips essentially lifts the plot of Carrie (unpopular, unstable loner with mom issues and no real support loses it and wants to burn the world down) and puts it through an early '80s NYC filter (think Taxi Driver) to bring the Joker character all the way back to when he was an almost normal guy with a normal name—Arthur Fleck, crappy sidewalk clown with dreams of stand-up glory.

This movie is dark, serious, violent and humourless as we watch Fleck's descent into madness. It can be read as a rebuttal to Heath "Why so serious?" Ledger's award-winning Joker portrayal in The Dark Knight.

This time out, Phoenix goes for it, full-method, and he and the film are gathering a lot of praise for "humanizing" a comic book icon, and making the first "serious" comic movie, but none of it is very fun.

Essentially an existential horror movie turned in on itself, Joker is really well done but not uplifting in any way. As such, there are the folks who think glamourizing a depressed-and-downtrodden soul-turned-psychopath will only inspire other impressionable depressed souls to become psychopaths themselves. And it probably will—movies, books, music and culture always influence people' actions.

The solution to curbing culture-inspired violence is not through censoring the art though, but rather by nurturing a culture with more parental love, conversation, attention and care.

Making it more difficult for the depressed and downtrodden to access guns also has a positive effect, but that's enough with the politics, for now.