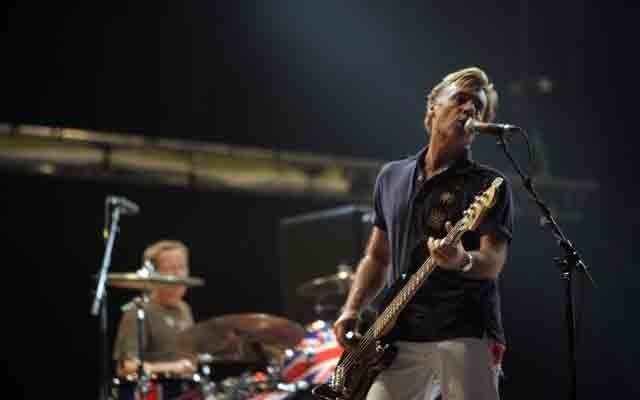 It's a mad world out there but the closest Whistler ever comes to anarchy is probably either May long weekend or the Peak Chair lineup on a 40-centimetre pow day (Squamish, on the other hand, seems constantly on the brink). And while there is certainly political and social unrest growing across the planet and (hopefully) a massive paradigm shift in the works, humanity moves at a notoriously slow pace. True Mad Max-style lawless anarchy could still be years away.

Unless you hit the Whistler Village 8 this weekend for The Purge: Anarchy, a somewhat bewildering sequel to a 2013 sci-fi horror flick that had promise but didn't really deliver (except at the bank— made for only $3 million, The Purge made over 2,000-per-cent profit).

Returning writer/director James DeMonaco revisits a near future where one night a year the government condones and permits all crimes, including murder, as a way for the citizenry to let off steam and reward themselves for another 364 days of civil obedience. It's still a solid premise and after the initial foray into home-invasion territory, The Purge: Anarchy simply strands a dude and his girlfriend on a bridge at dusk with a broken down car and lets the crap hit the fan belt. Toss in a pissed-off lone wolf out to protect and avenge with some social commentary on the nature of human violence and the monetary imbalance of justice, and you've got the makings of a B-grade classic (and probably a strong franchise: this premise has near endless plot potential).

Franchise or not, sex will almost always outsell anarchy... except not this time. Sex Tape also opens this week (with no previews) and it looks pretty bad. Jason Segal and Cameron Diaz star as a married couple who attempt to rekindle their lost romance by filming themselves in the sack. In a not-so-unrealisitic-to-anyone-over-age-35 plot twist, the three-hour video is then accidentally uploaded to "the cloud" and synched into any and all devices the couple had gifted to their friends and family over the years. It's a nifty premise, but not enough to hang a real movie on. Expect a few laughs and lots of frantic running around.

Sex Tape's most interesting angle may be as a coal mine canary of doom for the entire romantic comedy genre. The age-old Hollywood format of girl-meets-boy, boy-loses-girl, they-figure-it-out-amongst-jokey-hijinks is not performing lately. Successful rom-coms are as rare as real tits in Hollywood lately and one wonders if Tinseltown can adapt to the new face of romance in an age of Internet dating, never-ending engagements, and hectic lives containing less human contact than ever before. There have been no big romantic comedies this summer and Sex Tape kind of feels like it's really just a bromance with a chick playing one of the dude parts. Time will tell but this one looks like a renter at best.

The kiddie flick of the week is Planes: Fire and Rescue featuring Dane Cook (Employee of the Month) back voicing Dusty, the crop duster/unlikely hero of a 2013 Cars knock-off that really, really sucked. The film tears a page out of the original Cars playbook and keeps the action at home, pumping the Americana with a tip of the wing to the firefighters. Unable to race, Dusty joins an aerial firefighting unit and the lessons on believing in yourself and working as a team rain down on us all, extinguishing anything interesting or fun.

Little kids will love this one while the parents will grind their teeth and vow not to buy any of the die-cast action figures that look identical to the ones from the first installment but are somehow "better" and more expensive. Aren't children the true anarchists? — "Don't know what I want but I know how to get it..."

Sticking with that, Julien Temple's The Filth and the Fury is the download of the week. It's a rockumentary about The Sex Pistols and follows that band's one-album, 26-month downward spiral into "the violence of the mind." If nothing else they cemented the idea of anarchy into popular culture.

Culture absorbs all however, and now, 38 years later, the Pistol's Anarchy in the UK song has been rerecorded for Guitar Hero 3 and used in the (shitty) A-Team movie remake. You can also buy those red "Circle-A" anarchist patches in the kiosks of most shopping malls, and no one makes more money off the Anonymous movement than Warner Brothers because they own the merchandise and manufacturing rights to that Guy Fawkes mask popularized in V for Vendetta.

The power balance of the planet is ripe for a bit of good ole' anarchy these days but be wary anarchists, your future dream is a shopping scheme.