Humanity is funny. We love to put our heroes on pedestals, but we especially love to see them fall off (or knock them over).
Nov 8, 2019 6:00 AM By: Feet Banks 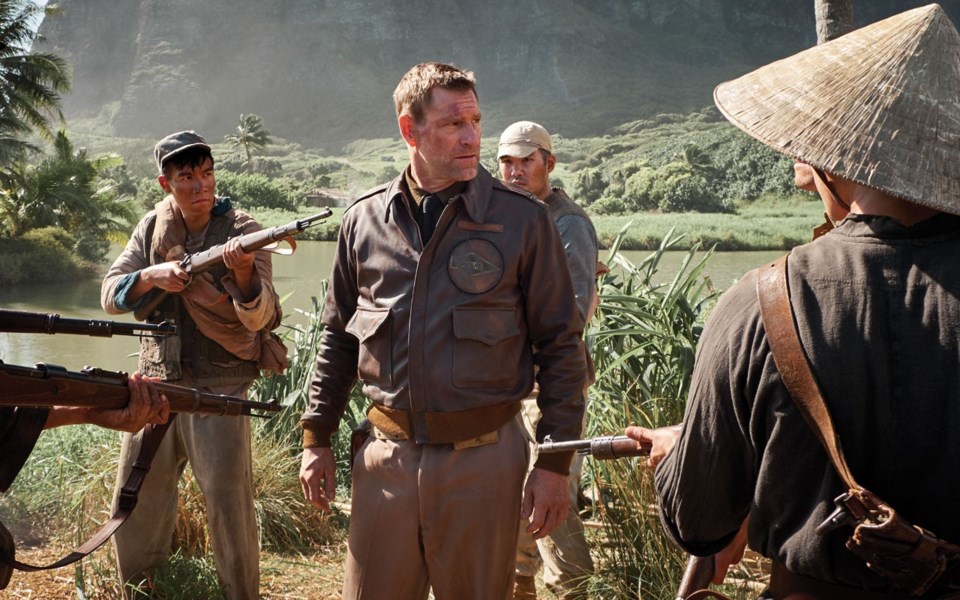 midway point Midway , about soldiers and pilots in the Second World War, opens in theatres this week. photo by alan markfield

Humanity is funny. We love to put our heroes on pedestals, but we especially love to see them fall off (or knock them over). Maybe it's because watching an icon tumble helps us feel better about not being so iconic ourselves (or maybe we're all just a bunch of childish pricks), but living, as we do, in the cult of celebrity built on a seething mass of cyber-connected fanboys, trolls, and internet experts there is no shortage of celebrity scandals these days.

Which means we get a lot of celebrity apologies. Often the crimes are inexcusable, but more often they are simple lapses of judgment or points of ignorance that should be easy to learn and move on from. Of course, that doesn't happen as much as it should and I'm still waiting for Hollywood (and their army of highly paid publicists) to realize that everyone knows "I'm sorry you felt that way" is not even close to the same thing as "I'm sorry."

But when it comes to his comments last month that Marvel movies are more like theme parks than actual cinema, Marty Scorsese ain't apologizing to no one. In fact, this week he doubled down with an opinion piece in the New York Times reiterating his definition of cinema as an art form, positioning Marvel flicks as something other than that, and explaining that he only brings it up because it's increasingly harder for filmmakers to get movies on movie screens these days because theatres are filled with "modern film franchises: market-researched, audience-tested, vetted, modified, re-vetted and remodified until their ready for consumption."

On the one hand, this is exactly what the literary snobs used to say about comic books and nowadays, the graphic novel is one of the most exciting forms of story telling we have. On the other hand, Marty's also absolutely right. The streaming services are ensuring cinematic storytelling thrives in your living room, but the art form was built on the shared human experience of sitting in a dark room reacting to a story on a flickering screen with a bunch of strangers. For Scorsese, there's a difference between audiovisual entertainment and cinema, and the one is eating the other.

There are no Marvel flicks on the screens at the Whistler Village 8 this week, just more good horror with the opening of Doctor Sleep, the sequel to The Shining you didn't know you wanted. Forty years after the original story (based on the novel by Stephen King), Danny Torrance (Ewan McGregor) is middle aged and using his "shine" to guide the terminally ill into the afterlife.

He's still plagued by the traumas of his childhood (who wouldn't be?) but things get more hectic when he meets a super-shine-powered young girl named Abra (Kyliegh Curran) and a cult/gang of hipster, steampunky energy vampires who feed on kids with the Shine and are led by a cold-hearted killer named by Rose the Hat (Rebecca Ferguson).

And it's not the worst. Director Mike Flanagan (Ouija: Origin of Evil, Oculus, Gerald's Game, and also he was born in Salem!) does his best to integrate parts of King's novel (King wrote Doctor Sleep) with Kubrick's version of The Shining (which King notoriously hated, despite that most everyone else considers it among the top three to five horror films ever made).

The Overlook Hotel even pops up and while Flanagan does a decent job getting us there, you can see where he falls into trap of wanting to play in the "Shining Greatest Hits" sandbox a bit too much. For an R-rated, 2.5-hour horror sequel, though, Doctor Sleep keeps you awake, but it won't haunt you for the rest of your life.

And if you're hankering for a 138-minute Roland Emmerich (2012, Independence Day) super overblown war epic with a main character legitimately named "Dick Best" who "uses his fortitude to overcome the odds," well look no further—Midway also opens, unapologetically and with no pre-screeners.

Or, Scorsese's latest is The Irishman, a pretty decent mob epic now streaming on Netflix.