It's different for everybody I suppose, but for me the best thing about being an adult is the ability to have tacos pretty much anytime I want. OK, maybe not the best thing, but top three. Because tacos feed all, regardless of age, gender or class.
Aug 22, 2019 9:00 AM By: Feet Banks 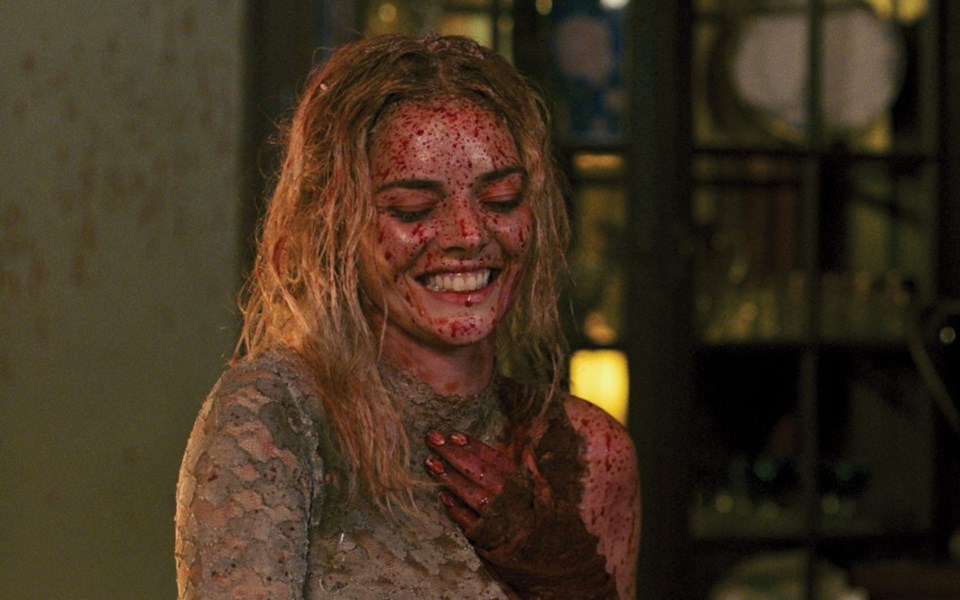 on the hunt Ready or Not hits theatres this week. Photo courtesy of Twentieth century fox

It's different for everybody I suppose, but for me the best thing about being an adult is the ability to have tacos pretty much anytime I want.

OK, maybe not the best thing, but top three. Because tacos feed all, regardless of age, gender or class. But growing up in a (much smaller back then) Canadian ski town in the '90s meant my only real access to tacos was my mom. And tacos took a lot of preparation; both my parents worked and we had to drive to Squamish once a week to buy groceries (and even then, cheese was a luxury). So taco night was a rare and celebrated event. (It goes without saying we weren't eating out a lot and even if we did my folks were choosing Sushi Village over Gators or The Cactus Grill—which were the only taco games in town.)

But now that I'm an adult, I have my own taco recipe kinda dialed, the local taco scene is infinitely better, and any one of us can have tacos almost anytime we want. And I always want them, especially since I discovered Taco Chronicles, a six-episode, Spanish-language, culinary tour de force recently available on Netflix.

It's an intelligent, kick-ass show, beautifully shot, but most important is that every episode starts with a different type of taco narrating at you in first person. It literally starts with tacos waxing poetic about their own lives...brilliant.

And it gets better from there, each 30-minute episode focuses on a different type of traditional taco (carne asada, tacos de canasta, carnitas, barbacoa, guisados and al pastor) and explains the history of the dish, what region of Mexico it hails from, as well as what makes it unique, tasty and culturally relevant.

Tacos are incredibly nuanced, with complexities and flavours that can only be passed down through generations, but they must also be affordable. For whatever reason, people will pay 30 bucks for pasta (which is just flour and water and sauce) but not for tacos, which can require hours of prep to get the meat/sauce/toppings/fresh tortillas just right. Needless to say, my personal taco recipes have gone out the window and I can't wait to dig a pit in my yard and cook a sheep in there overnight. Taco Chronicles is the download of the week!

At the Whistler Village 8, the big new flick this week is almost as good as a Sunday morning barbacoa taco with a cup of broth on the side—Ready or Not stars Aussie actress Samara Weaving (The Babysitter) as a young bride who has hitched herself to a nice young man with an ultrarich (and ultra fucked up) immediate family who insist all new family members undergo a macabre initiation ritual right after the wedding.

Without giving too much away, our unsuspecting heroine finds herself in a game of hide and seek that's a lot more like hunt and destroy—think Clue meets Get Out meets the final reel of The Texas Chainsaw Massacre but supported with the dark comedy instincts of Heathers.

Ready or Not is only the second feature from filmmaking collective Radio Silence (Matt Bettinelli-Olpin, Tyler Gillett and Chad Villella) but the trio delivers a cult classic in the making—smart, fun, funny, blood soaked and more than capably led by Weaving, (who we knew would be a star after The Babysitter, and who will also appear in the new Bill & Ted sequel. Bonus!)

Speaking of sequels, the Wachowski sisters have announced a fourth instalment of The Matrix, with at least Keanu Reeves and Carrie-Anne Moss returning, and Netflix is apparently making a He-Man animated series titled Masters of the Universe: Revelation that will pick up right where the original cartoon ended. Notorious comic geek/weed smoker Kevin Smith (Clerks, Dogma, Jay & Silent Bob) will act as showrunner and executive producer.

Which reminds me of one of my other favourite things about being an adult: watching cartoons high. But the best things have to be the ability to drive myself to the movie theatres, afford cheese, and of course sex—which is really just another kind of taco.