The arts, humanity and the start of Quarantino

There is a Winston Churchill quote going around the internet about how the arts are what makes fighting a war worth it.
Mar 27, 2020 7:00 AM By: Feet Banks 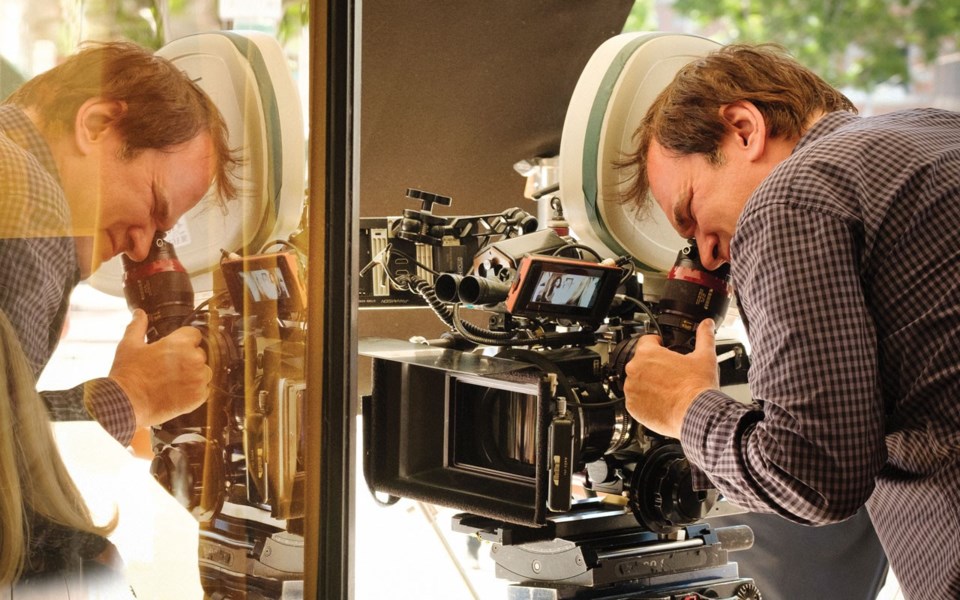 Quentin Tarantino on the set of Once Upon a Time in Hollywood. Photo by Andrew Cooper/Sony Pictures

There is a Winston Churchill quote going around the internet about how the arts are what makes fighting a war worth it. It's an uplifting bit of phraseology, but unfortunately, Churchill never actually said it, at least not in his 15 million published words of speeches, letters, papers, articles or books.

What Churchill did say, in 1938, prior to the Second World War—was "the arts are essen­tial to any com­plete national life. The State owes it to itself to sus­tain and encour­age them ... Ill fares the race which fails to salute the arts with the rev­er­ence and delight which are their due."

And we are seeing that essentiality right now. Amid the uncertainty and chaos of the COVID-19 pandemic, it's the arts that are stepping up to bring joy, provide escape, educate, inspire, and calm a concerned population. (Ironically, the artists, musicians and filmmakers have been among the first to see their income disappear when this whole shitstorm began.)

With a population stuck indoors (and yes, let's alter the soft-sounding guideline of "social distancing" to the safer and much less wishy-washy "Stay the f*ck home!"), the arts community is stepping up to fill the void and bring meaning to our lives. Free online 3D immersive tours of museums, free audiobooks, unparalleled access to art books and collections, and best of all...free movies.

The National Film Board of Canada recently launched an online library of over 200 films by Indigenous directors with flicks dating all the way back to 1968. And they are all free at nfb.ca/indigenous-cinema.

Spanning everything from animated comedic shorts (Baaad Dream is a hyper-colour tale about a farmer's battle to keep his sheep from tipping over and exploding) to serious documentaries (Foster Child follows trailblazing director Gil Cardinal as he searches for his birth family and Indigenous identity) to visual adaptations of traditional myths (Lumaajuuq is chilling tale of revenge, transformation, and karma based on the Inuit epic "The Blind Boy and The Loon"), there's no shortage of incredible viewing in here. You might learn a thing or two at the same time (hint, hint: homeschool starts on Monday.)

Not to be outdone, Openculture.com has posted a list of 1,150 free online movies, mostly sourced from The Internet Archive (which is a crazy wormhole full things like video game speed records—so if you want to see someone completely finish all levels of Super Mario Brothers in five and half minutes, this is the place). This list is primarily made up of public domain classics from cinema's first golden era (the 1932 adaptation of Hemingway's A Farewell to Arms or the original A Star is Born), but there are also plenty of foreign offerings, including all the films of Russian mindbender Andrei Tarkovsky (jump right into Solaris) and a ton of early Hitchcock (1936's Sabotage), Roger Corman (1955's Swamp Women) and horror gems like Abel Ferrara's 1979 cult classic The Driller Killer. This list is absolutely bonkers deep, and we can dig into it more over the coming weeks but for now find it at openculture.com/freemoviesonline.

Personally, I'm following the lead of friends/local legends Ace and Scotty and putting myself under Quarantino, which means I'm re-watching the entire catalogue of American cinema enfant terrible Quentin Tarantino, mostly in order. And if you're not too squeamish about language and violence, I suggest you do the same.

This week we'll start at the beginning with From Dusk till Dawn, Tarantino's first paid writing gig even thought he'd already written the screenplays for Natural Born Killers and True Romance (and was sitting on Reservoir Dogs). What makes Dusk unique is it starts as a crime/road trip saga and then shifts gears into a horror flick halfway through.

Not surprisingly, Hollywood couldn't understand how anything they hadn't seen before could ever work but producer/effects legend Robert Kurtzman persevered and in 1996, managed to deliver a film that cashed in on the hottest scriptwriter of the '90s, renegade-genius director Robert Rodriguez (El Mariachi, Spy Kids), about-to-explode George Clooney in the lead role, and pinch-me-is-she-really-that-hot newcomer Salma Hayek as one of the top baddies. (Plus, actor/make-up legend Tom Savini with a crotch gun). One of the most underrated flicks of the '90s, and of Tarantino's cadre, From Dusk Till Dawn is the download of the week.