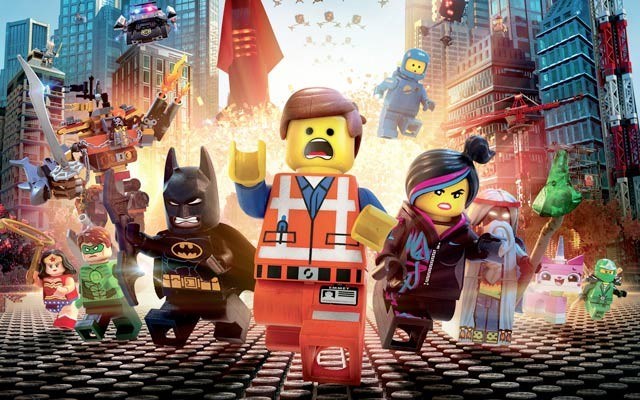 A lot of people are going to be surprised by The Lego Movie opening on Friday at the Whistler Village. Yes it's another movie about toys but it's also solid entertainment. Regular old LEGO-dude Emmet (voiced by Chris Pratt) falls into another dimension where a hot chick (Elizabeth Banks) and wise wizard (Morgan Freeman) assure him he is "the Special," capable of saving the entire LEGO universe from the by-the-book forces of President Business (Will Ferrell) and his deadly agents. Don't stress if the plot sounds a lot like The Matrix — there is definitely a lot of repurposed content here but LEGO is all about combining preexisting structures and ideas to create something new, that's why it's so awesome.

The CGI renditions of LEGO itself are amazing. From the way the pieces break apart to the disjointed movements of the characters to the look of the playset-inspired sub-worlds (classic Wild West or a Tolkien-esque "Middle Zealand"), this is a fully realized LEGO world (plus a few non-LEGO "relics" that just somehow end up in the box).

Written and directed by the guys behind Cloudy with a Chance of Meatballs and 21 Jump Street, The LEGO Movie is loud and wild but the real appeal lies in the story and the fun everyone involved seems to be having. From consumer culture jokes to an annoyingly empty (but also awesome) pop theme song to an underlying theme about the correct way to play with LEGO itself, this is a movie kids and parents can both get right into. And the fact that you can see the artistry behind the overall picture only makes the film that much truer to its source material. The LEGO Movie is meta, sarcastic, funny and kind of transcendent, so get the extra bag of M&M's and have fun.

Also opening, Oscar nominee Philomena. Judi Dench stars as an Irish Catholic woman who had a child out of wedlock when she was very young and got banished to a nunnery. The nuns sold the kid and now, at age 50, Philomena goes on the hunt to find her long lost kid. I haven't seen Philomena but apparently it's a complex and nuanced movie about faith and reconciliation and it has four Oscar nominations. I'm more of a Robocop kind of guy (and that remake opens next Wednesday!!)

The Monuments Men also opens. It's a treasure hunt flick about a crack-shot team of art experts-turned-soldiers out to save a bunch of art stolen by the Nazi's. Boasting a cast that includes George Clooney, Matt Damon, Bill Murray, John Goodman and Cate Blanchett, this is a fresh take on a WW2 film but for some reason the trailer just made me want to go watch Inglorious Basterds again. The talent involved will make it worthwhile but early word is the overall result is less than monumental.

Finally, we need to pour some on the block for Philip Seymour Hoffman, who perished from a heroin overdose last week at age 46. I won't speculate on anything other than to say much of our best art is rooted in pain and Hoffman was one of the most talented, fearless artists in his field. Perhaps he had some demons that helped him connect with the souls of his characters and audiences, perhaps not. What we do know is Hoffman acted in over 50 films and nearly always stole the show. From The Big Lebowski to Boogie Nights to Capote to Before the Devil Knows You're Dead, the download of the week is anything with Hoffman. RIP.