The tears of a clown 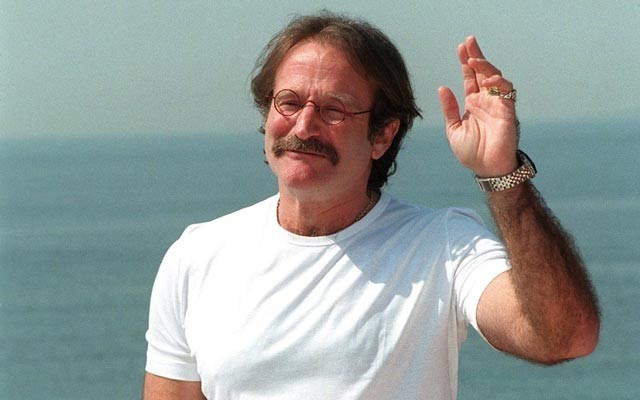 People say you don't know what you've got until it's gone. Truth is, you knew what you had, you just never thought you'd lose it. - Gossip Girl

I'll admit I was hard on Robin Williams a few times over the years, (but even he admitted 2009's Old Dogs was just for the paycheque). There's no denying, though, that Mork from Ork grew into one of the most diverse actors of the past 40 years. And through his litany of comic family roles, improvement-laden voiceovers and heartfelt dramatic turns, Robin Williams also became one of the most beloved.

He was a groundbreaker — his manic voiceover role in 1992's Aladdin pioneered the current trend of big stars working in animation and very few actors can pull the dress/fat suit/drag card like he did in Mrs. Doubtfire (see Eddie Murphy/Norbit for the "how not to" version.)

From heartfelt dramas like Dead Poets Society and Good Will Hunting, to figuring out how to make a Vietnam War comedy (Good Morning, Vietnam) to the slew of darker films like Insomnia and Death to Smoochy, Williams brilliant career came to and end this week when he took his own life at age 63 after a long and storied battle with substance abuse and depression.

So I guess the good news behind his tragic death is that it gets people talking about stuff like suicide and mental illness, a conversation that's increasingly overdue in our society. The worry is that amid all the Facebook tributes and quickly shared grief, will we actually move beyond talking about that conversation and start actually having it? Will anyone spend their screen time donating $20 to the Canadian Mental Health Association (cmha.bc.ca) or look up the Kelty Mental Health resource centre (keltymentalhealth.ca) and talk to that friend/relative/co-worker you kinda sorta worry about?

One of Robin Williams' less-glorified roles was in World's Greatest Dad. He plays a failed father/writer/teacher whose utterly unlikeable and unpopular son suddenly dies in an accident. Dad fakes a suicide note that gets printed by the school paper. A fake journal soon follows and public opinion suddenly flips into romanticized, sentimental revisionism that leads to eventual fame and riches for the world's greatest dad. It's a dark-yet-humourous peek under the covers of our culture's industry of grief. Doing press for that film, not long after a much-publicized relapse into alcoholism, Williams told Guardian reporter Decca Aitkenhead, "In America they really do mythologize people when they die."

And so we shall. But we'd do best to remember that for every loveable star suffering with addiction/depression/whatever, there are normal everyday people going through a lot of the same problems. You probably know some of them, they probably hide behind comedy too, and they need just as much love as you have for Robin Williams. Except they need it now, before the noose goes up.

Another film legend left us this week, albeit a much lesser known one. University of Victoria writing and film professor Brian Hendricks succumbed to cancer after a remarkable career teaching upwards of 12,000 film students over 180 courses. A film theory master who lectured on everything from pre-Perestroika Russian cinema to the cultural genius of the Coen Brothers, Hendricks was also an early champion of digital filmmaking and he organized over 100 student film festivals throughout his years at UVic.

I partook in two of those festivals and went on to a short-lived career in film before finding my niche sitting here at the keyboard banging out this column full time, but other local Hendricks alumni include Dave Mossop and the masterful crew at Sherpas Cinema, gonzo journalist Mikey Nixon, and Shawn Dogimont — the Whistler kid who started the internationally acclaimed Hobo Magazine under Brian's mentorship.

Other students from his classes created their own publishing houses or wrote novels that got shortlisted for the Governor General's Award for Fiction. And that was the thing about Brian Hendricks — he explained the fundamentals and helped sharpen the tools, but his greatest lesson was always "Follow your Bliss." He will be missed, remembered and championed for years by all who knew him but his legacy lives on and continues to create masterpieces. So in Brian's memory, the Download of the week is the Coen brother's L.A. crime opus The Big Lebowski.

The Dude abides, and so does Brian Hendricks.

There are movies opening at the Village 8 this week, and The Dude stars in one of them. The Giver is a teenage-aimed, sci-fi tale about a kid living in some kind of dystopic, totalitarian Pleasantville-esque world of sterile thought and black and white visuals. Jeff Bridges stars as the keeper of the community's memories who shows the kid the way, and the truth.

The Giver is based on a popular 1993 novel and the ideas in the film would have been more groundbreaking back in that pre-Matrix, pre-Gattaca era. The Giver isn't as lasting as The Hunger Games but The Dude is in it so you should still giv'r a chance.

Also opening, The Expendables 3, which is like the Old Dogs of action. No thanks.