Time is relative, but the end is the end

Iron Maiden dropped a new album earlier this month, their 16th, and it is pretty frickin' awesome. The record is called Book of Souls and the coup de grace is an 18-minute track called "Empire of the Clouds.
Sep 16, 2015 6:00 PM By: Feet Banks 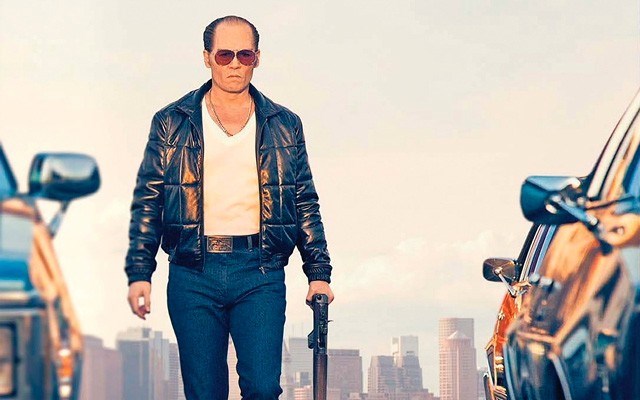 Iron Maiden dropped a new album earlier this month, their 16th, and it is pretty frickin' awesome. The record is called Book of Souls and the coup de grace is an 18-minute track called "Empire of the Clouds."

Much hype is made these days about contemporary society's truncated attention spans, but Maiden doesn't seem to give a shit since they also have a 13-minute and a 10-minute song on there. Also, metal is immortal and time is meaningless to demigods like Maiden.

But what about movies? Quentin Tarantino has famously spoken out in frustration that the average American will sit through a four-hour televised football game but bitch and moan if a movie dares to extend itself past two hours. To prove his point he succumbed to the pressure and released Kill Bill, his 247-minute pièce de résistance, as two separate films in 2003-04 (granted the film made twice as much money that way).

But since then, the practice of binge-watching entire seasons of serialized TV shows has exploded and audiences are more forgiving with long flicks, so long as they are good. Tarantino's Inglorious Basterds clocked in at 2.5 hours and Django Unchained breezed through a talky 2:42 with no complaints. Like the long-form journalistic videos on Vice.com or the print stories on New York Times or Atavist, it seems the whole "the kids can't focus on anything anymore" is all a bit alarmist.

The real truth is no one has time for half-assed crap and while some kids are certainly jacked on poisonous energy drinks and epileptically "epic" YouTube flashes the real trend seems to be audiences with more discerning taste and less time to waste. (Having said that, I've checked my Facebook three times since I started writing this column, while simultaneously rocking the new Maiden discs and thinking about which five things I want to eat for lunch. So there remains a chance I'm either full of shit, or writing it.)

In any case, Black Mass (opening at the Village 8 this week) is just over two hours long and really well put together so we're safe on that front. If only it didn't feel so rehashed. Johnny Depp stars in a decent, if by-the-numbers gangster flick about the rise and fall of notorious Boston kingpin Whitey Bulger. It's refreshing to see old Johnny jump into a role that doesn't involve scarves and eyeliner, but while the new contacts are creepy, he's also been given too-obvious rubber-face make-up that I find incredibly off putting. Otherwise the overall execution of the story is solid.

Not super original, but solid, and you always need to lower expectations for a crime flick that has someone shouting "We're in too deep!" in the trailer. Black Mass is solid entertainment with a strong performance from Depp and good helping of ass-booting violence, and so what if you can almost feel director Scott Cooper (Crazy Heart, Out of the Furnace) checking boxes off his "gangster movie must-haves" checklist. It's familiar but hey, at least it's not overly long.

The other flick opening this week at the incomparable Village 8 is Maze Runner: The Scorch Trials. The first Maze Runner was actually a pretty decent tween sci-fi and despite the easy Hunger Games comparisons (it's not as good), The Scorch Trials picks the story up right where that one left off. Only this time it's a barren wasteland (an anti-maze! Clever eh?) and everything is a bit more confusing. This time the young heroes, having escaped a maze full of monsters built by a shadowy government organization with the subtle acronym WCKD, end up in the clutches of another shadowy organization. Eventually some kind of sinister immunity-fluid farming plot emerges and there are some zombie-like things called "Cranks." Cue the trudging though the desert and the scorching.

The action isn't bad, and director Wes Ball even gets some Patsy Cline into the soundtrack (and it works), but with little plot, theme or character development The Scorch Trials does start to feel like a trial over its two-hours-11-minute runtime.

The good news is it's a kids' movie and the more anti-establishment, question-everything, stick-it-to-the-man futuristic dystopia films we can expose our children to the better because the world is going to go to shit eventually and chances are it will look like something someone imagined long before. My guess is it will be a cross between Robocop, 28 Days Later and Stephen King's The Stand.

Life imitates art until no one is left to create anything. And if that sounds depressing give the new Maiden album a listen. Metal never dies.