It was well over 20 years ago when a brash, young filmmaker named Quentin Tarantino complained that he couldn't understand why the American public would happily watch a 3.5-hour football game but scoff at a three-hour movie.
Dec 7, 2019 5:49 AM By: Feet Banks 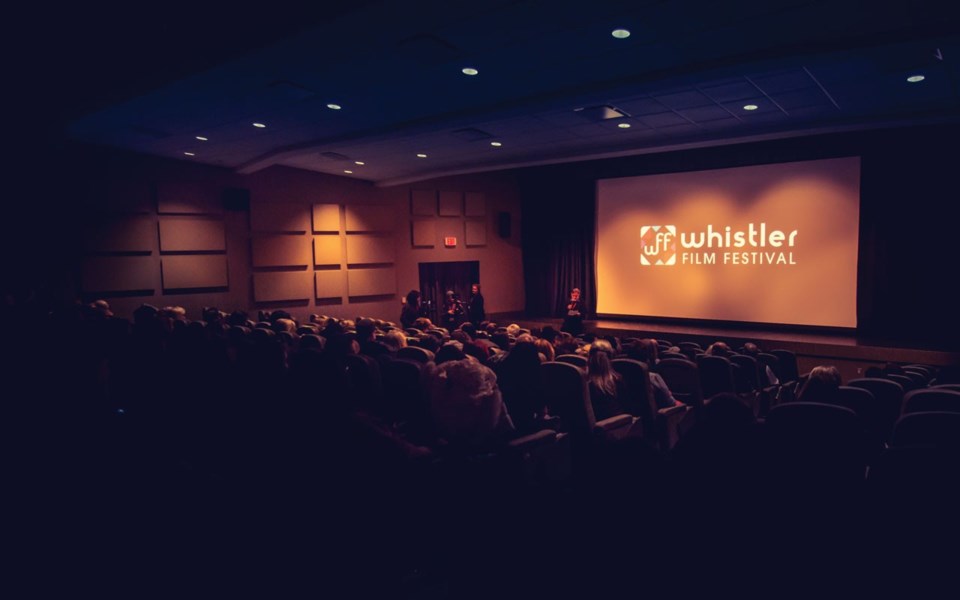 The Whistler Film Festival is back from Dec. 4 to 8. Photo by Mike Crane/Tourism Whistler

It was well over 20 years ago when a brash, young filmmaker named Quentin Tarantino complained that he couldn't understand why the American public would happily watch a 3.5-hour football game but scoff at a three-hour movie.

Well times have changed (partially in thanks to Tarantino's skill at forcing extended narratives on us—Kill Bill was 4:20 told in two parts, Django Unchained, 2:40, The Hateful Eight, 3:07) but the major paradigm shift was streaming—quality, episodic stories to binge on is a new drug that will lure viewers to their massive televisions for hours (days) at a time.

Capitalizing on that, and Netflix's seemingly bottomless pockets in their quest for Academy acceptance, Martin Scorsese's The Irishman is a 3.5-hour epic about the life of truck driver turned teamster/mob enforcer Frank Sheeran. Epic in scope and spanning multiple decades of its characters' lives, The Irishman is evidence of what a masterful filmmaker can do with a good story and the finances/space to let the characters breath. An elegiac ode to old times, old talent, and real cinema, The Irishman is one of the year's best.

And you can watch it on the big screen this weekend thanks to the Whistler Film Festival (WFF). Celebrating its 19th year, the WFF has carved out a niche for showcasing Canadian talent as well as stories told by women, Indigenous peoples and other minorities, but director of programming Paul Gratton wanted to give us a chance to see this Scorsese masterpiece on the big screen so The Irishman plays at the Rainbow Theatre on Thursday, Dec. 5 at noon and Sunday, Dec. 8 at 6 p.m.

The rise of streaming is probably the most revolutionary thing to happen to cinema since the advent of sound, and as more CGI superheroes and tent-pole franchises clog our theatre screens, smaller films get pushed out. Which makes events like the Whistler Film Festival that much more important. These kinds of thoughtful stories will always find homes online, but the joy of watching them with an audience on a silver screen will become increasingly rare.

But not yet. The Whistler Film Fest has no shortage of incredible flicks to check out. Canadian icon (and WFF favourite) Bruce McDonald (Hard Core Logo, Pontypool) is back in town with Dreamland, a warped gang story involving an assassin, a trumpet player and what is being heralded as the most depraved and demented wedding scene ever.

As his career has progressed, McDonald has grown more comfortable pushing audience (and narrative) expectations. You can tell he's having fun with this one—dream logic, doubles, Gestapo and all. Come for the fun, stay for the madness.

One of the best things about the WFF is the chance to see killer documentaries on a big screen.

There is a solid slate of Mountain Culture flicks this year (including local photographer Reuben Krabbe's short Nebula, a legit Heart-of-Darkness-style quest for a near impossible intergalactic ski photo), but don't discount offbeat hits like Nail in the Coffin: The Fall and Rise of Vampiro about a Canadian thug who ends up with a hard-hitting Mexican wrestling career and a daughter to care for, or Once Were Brothers: Robbie Robertson and The Band, an expansive look at a Canadian legend, an incredible band, and the importance of rocking and rolling through life.

And because Whistler is just so Xtreme!, WFF closes out with a super-sweet looking double-bill of skateboard flicks—Grosso's Love Letters and The Tony Alva Story. Grosso's Love Letters is a skateboarding series produced by Vans but this episode is strictly Canadian, with Great White North icons like Sluggo and Joe Buffalo.

The Tony Alva Story throws things back down to California to chronicle the life of a Dogtown legend often considered the godfather of modern-day skateboarding. With big name talking heads, sunny SoCal archival footage, and an extended interview with Alva himself, this one is the prefect flick to beat back these cold, dark winter days and build a stoke to shred, on one board or another.

The WFF is screening 43 features and 43 shorts, two thirds of which are Canadian. Get out and see these stories while you can.