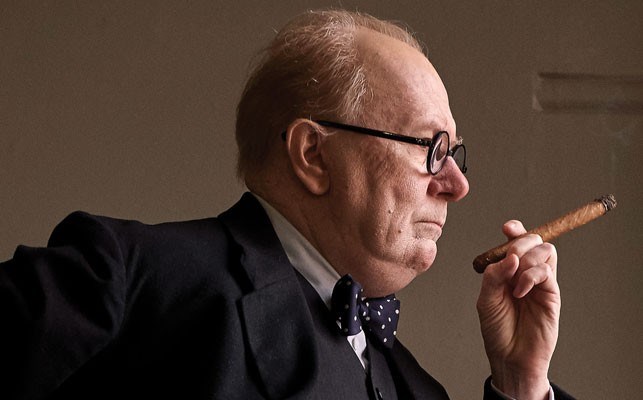 There’s a taste for biography at this year’s Whistler Film Festival (WFF), as the 17th annual event announced its program lineup on Wednesday, Nov. 1.

“The Oscars may end up being the battle of the two Dunkirk movies, because Darkest Hour deals with the politics that led up to (the Second World War) Dunkirk (evacuations),” says Paul Gratton, WFF’s director of programming.

“Christopher Nolan’s film Dunkirk focused on the troops stranded on the beach in France, and the scheme to help them. Darkest Hour looks at all the British politicians who panicked and wanted Churchill to sign a peace deal with the Nazis. It’s an incredible performance.” In I, Tonya, Australian actor Margot Robbie takes on the role of disgraced American figure skater Tonya Harding in a black comedy that is described as both hilarious and tragic. The screening will be the film’s Western Canadian premiere.

“This is a film that showed up at the Toronto International Film Festival and everyone started raving about Margot Robbie’s performance. Allison Janney is wonderful as her trailer-trash mother. You look into her smoke-filled eyes and know she is evil incarnate,” Gratton says.

“With Whistler’s history with the Winter Olympics, I thought the film would resonate. I think there is Oscar traction for this one, too.”

And in The Disaster Artist, James Franco (who also directs) plays the role of maverick filmmaker Tommy Wiseau, creator of cult classic widely considered "the worst best film ever made," The Room. The latter is also going to be screened at WFF, so film lovers can get both sides of the Wiseau story.

Over 1,000 films were submitted to WFF this year, with 46 features and 41 shorts from 15 countries selected. There will be 16 first-time features and 14 features directed by women (making 30 per cent of the lineup). Gratton added that about 50 per cent of the shorts were also made by female filmmakers.

“I’m very pleased that the titles we focussed on are titles that had wind in their sails,” he added.

“I find all of our American independent films really interesting this year,” Gatton says.

The festival closes on Sunday, Dec. 3 with the world premiere of a documentary by Sea to Sky filmmaker Darcy Turenne.

The Moment looks at the origins of freeride mountain biking, a sport Turenne competed in professionally.

“She has managed to find the most amazing archival footage from the sport’s earliest days,” Gratton says.

Among the long list of Canadian films, director Ingrid Veninger’s Porcupine Lake stands out because of its Whistler connection.

It is the first film to be released after a months-long collaboration between Veninger and Oscar-winning actor Melissa Leo to focus on developing the works of six Canadian female filmmakers, including Veninger. Leo agreed to fund and mentor the project after a plea from the Toronto filmmaker to the audience at the WFF awards breakfast in 2013. Also, Whistler native Peter Harvey returns to WFF with his latest film as producer, Mobile Homes, which premiered in Cannes.

Overall, there are 14 awards given out for competing films at WFF. Gratton says there is a bumper crop of excellent Canadian features contending at WFF for various Borsos Awards, which are only open to Canadian filmmakers.

“I think the Borsos jury will be very busy this year,” he laughs. “I think this is our best-ever year for Canadian films.”