Notes from the Back Row: Re-Integration—movies are back! 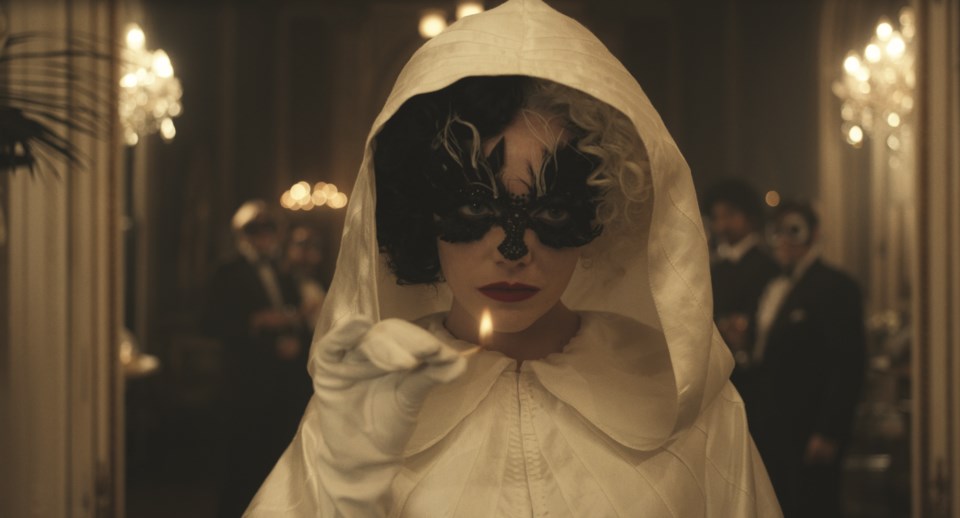 We’re mid-way through July so we can expect all the big retail brands to start hitting us with bullshit “Back to School Sale” ads pretty soon (seriously, what kind of a dick move is that? The poor kids have only been out for three weeks, at least let them taste the freedom of childhood), but the big news this week is not back to school, it’s back to theatres!

Sure, sure, many theatres have been limping and piecemeal-ing along for a while now, but Marvel dropped the Black Widow movie in theatres only last Friday and if Marvel has faith in the future, then we all should. Personally, my return to form happened a couple weeks ago when the child and I hit up one of those fancy big-city theatres to take in Cruella and shit, Martha, if watching the lights dim on a huge screen while pouring smuggled-in peanut M&Ms into my $9 popcorn didn’t bring a tiny tear to my eye. Movies, you were missed.

And for the record, Cruella is fantastic. Emma Stone (Easy A, Superbad) stars (and elevates everything) as the titular hero/villain—an orphaned street-urchin/fashion designer in the 1970s with an eye for the bold, and a mysterious past. Emma Thompson (Nanny McPhee) steps in as the Baroness (think Anna Wintour/Meryl Streep in The Devil Wears Prada, but worse).

Yes, this is the same Cruella De Ville character that wanted to kill all the Dalmatian puppies and make them into a coat in the old cartoon, but Disney (wisely) has skipped the animal abuse, rewound the narrative, and stacked what could have been a humdrum cash-in rehash with talent, verve, and a kick-ass soundtrack. Director Craig Gillespie (I, Tonya) could have trimmed fifteen minutes from the 134-minute run time, and some of his roaming Boogie Nights-style camera moves would have benefited from more practical magic and less CGI, but for the most part, this is a female-driven, fashion designer throwdown with solid acting, youthful glee, and the best costumes we’ve seen in years. Crusty critics are calling the Punk Rock ethos too watered down but guess what, it’s for kids—just exposing them a Stooges song is a huge step in the right direction (suck it Drake). Fashion hasn’t been this fun since Zoolander and Cruella is the anti-hero young boys and girls have been waiting for.

Sticking with Disney (cause it’s easy to rule an industry when you own most of it), Summer of Soul just dropped on Disney+ and this directorial debut of Ahmir-Khalib Thompson (a.k.a. Brother Questlove from The Roots) is easily the best music doc of the year thus far. In the summer of 1969, the same year that Woodstock was happening about 60 kilometres away, Harlem’s Mt. Morris Park hosted the Harlem Cultural Festival for six consecutive weekends and showcased, to nearly all-Black crowds of 50,000-plus each weekend, some of the biggest names in soul, funk, blues and gospel at the time (or ever). All of it was professionally filmed, and all the footage sat in a basement for the next 50 years—no one would buy it and put it out.

Thankfully, Questlove saw the value in this pivotal moment in Black cultural history and cut the historical gold together with contemporary interviews of attendees and performers. And isn’t it interesting that a dude who can create entirely new songs in real-time using turntables and a sampler can also piece together a highly compelling, utterly engaging flick—the opening segment, set to a bonkers-awesome drum performance by Stevie Wonder, is one of the most attention-grabbing sequences ever. Featuring unseen performances by BB King, The Staple Singers, Sly & The Family Stone, Gladys Knight, Nina Simone, Mahalia Jackson and more. This is neo-Blackness, supersonic perfection. And long overdue.

That’s it for now. Go get your second dose of popcorn butter and get back out there. Movies are back!