Local gymnasts have been dealing with the challenges and benefits of online competitions since July of 2020
Jun 14, 2021 9:00 AM By: Harrison Brooks 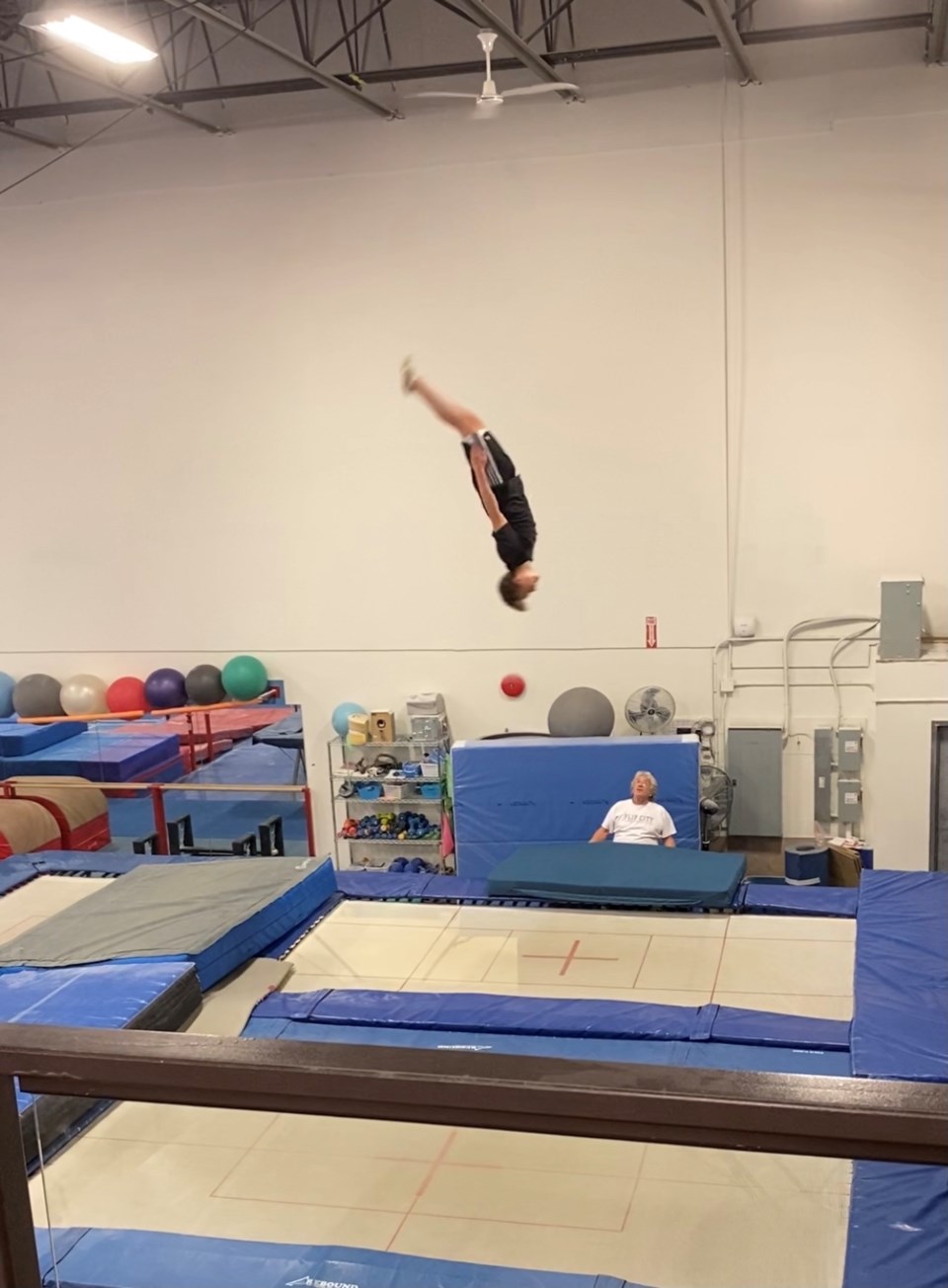 After initially being shut down at the start of last year due to the COVID-19 pandemic, gymnastics throughout B.C., like everything else, had to adapt to the new normal. And for local gymnastics clubs, that meant moving to virtual competitions last summer and into 2021.

What this means for the gymnasts is they practise and perform their routines in their home gyms, send a video in to the judges who then evaluate all the routines and send back the results within a couple weeks.

While the events are more anti-climactic than usual, according to Tanya Liquorish, head trampoline coach at Oros Whistler Gymnastics Centre, the gymnast’s results have actually been really good within the new format.

“[The kids] aren’t as eager to get training, but the scores they’re getting, they’ve actually done exceptionally well,” said Liquorish.

“And from a coach’s point of view, it’s been a really good educational asset because we’ve been able to breakdown and actually see the kids who struggled competing. Now when we are like, ‘OK now you have to do the routine,’ and they can’t perform, it’s not about switching equipment, because we are on our own equipment, it’s about them getting nervous and not being able to perform that routine. There are [fewer] variables.”

For Matthew Susko, seven-year veteran of the Whistler gymnastics club, the strong results are partially due to not being in the pressure-filled, stressful situation of in-person competitions. However, there are also some downsides too.

“There aren’t as many eyes on you when you compete, and you get a few tries to make sure you get it right, so it definitely shows off your better side of competing or what you’ve been training for, which is kind of cool,” said Susko.

“But it’s definitely harder to stay motivated. Sure, you’re still competing, but it’s less motivating to try things and go in every day with a good mindset to keep pushing yourself to do harder and harder things.”

However, both Liquorish and Susko agree that the biggest downside of the new format is not being able to experience the environment of competitions and see what other clubs are doing in their routines.

“Even though trampoline is an individual sport, there’s a great trampoline community and great team spirit with everyone,” said Susko. “Everyone’s such good friends and it’s really fun watching other people do their routines, especially the older senior kids doing really difficult routines and cheering them on and seeing how they do.

“Because when you are in a gym with just the people that you know, it just gets routine. You see what they do all the time and it’s not as exciting as seeing other people that you don’t get to see so often and do things that you’ve actually never seen before.”

Despite the virtual format remaining throughout most of 2021, Susko said his goals haven’t changed and he’s still focused on advancing his skills and moving up to level seven—the next national competition level.

“Since there are [fewer] competitions, the next big one for me is Elite Canada,” said Susko. “It’s a national competition in August so I’m going to be trying to complete a six double routine. So out of ten skills, six of them will be double flips, to help try and get good enough scores to get to [level seven].”