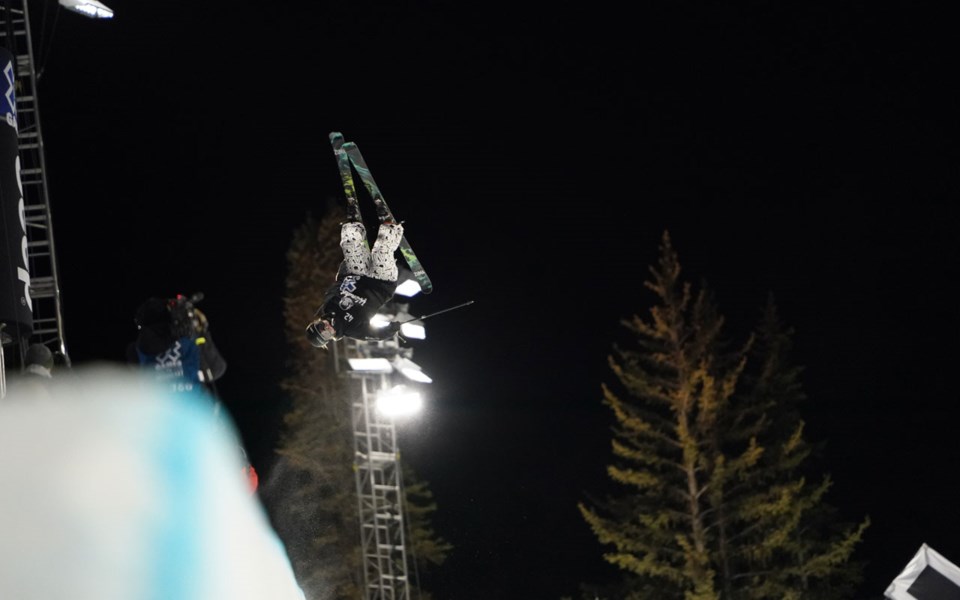 At her first competition in nearly a year, former Whistler resident Cassie Sharpe earned herself some hardware.

The 28-year-old earned her fifth X Games medal in the women’s ski superpipe at Aspen, Colo. on Jan. 29, taking silver.

Sharpe previously won gold in the event at 2016 in Oslo, Norway and in 2019 in Aspen. This time, Eileen Gu of China became the first athlete from China to score X Games gold while a second Canadian, Rachael Karker, also hit the podium in third.

Another Canadian skier, Megan Oldham, came away with a pair of medals. Oldham placed second in the big air behind France’s Mathilde Gremaud and just ahead of Gu, while in the slopestyle, Oldham was third as Gu scored the win ahead of Great Britain’s Isabel Atkin. Canadians Alex Beaulieu-Marchand and Evan McEachran were just off the podium in the men’s big air as Switzerland’s Andri Ragettli took gold over France’s Antoine Adelisse and American Alex Hall. However, McEachran edged Beaulieu-Marchand to secure bronze in slopestyle behind Nick Goepper of the United States, who took gold, and runner-up Ferdinand Dahl of Norway.

On the snowboard side of things, Canadian Laurie Blouin hit the women’s slopestyle steps with a bronze behind champion Jamie Anderson of the U.S. and runner-up Zoi Sadowski-Synnott of New Zealand. Blouin was a single point off the big air podium, placing fourth as Anderson took the victory over Japan’s Miyabi Onitsuka and Sadowski-Synnott.

After missing the final in the last World Cup before World Championships, Whistler luger Reid Watts bounced back on the 2020-21 season’s most significant stage.

Watts sat 16th after the first run, but an inconsistent second attempt dropped him a couple of spots. It also bumped him off the under-23 podium as Watts finished just 0.002 seconds back of Latvia’s Gints Berzins.

“Today was a real bittersweet type of race. We showed we had some good pace in the first run, but a big mistake in the second run threw away a chance at a really strong result,” Watts said in a release. “Coming up just short on that bronze medal in the U23 race stings a lot, but will fuel the fire for sure coming into the offseason.”

In the overall race, Roman Repilov of the Russian Luge Federation scored gold ahead of Germany’s Felix Loch and Austria’s David Gleirscher. In the women’s race, Canada’s Carolyn Maxwell took 20th overall, and eighth in U23, as Julia Taubitz led a German podium sweep with Natalie Geisenberger and Dajana Eitberger in second and third, respectively.

Canadian bobsled pilot Justin Kripps locked down third place in the IBSF World Cup’s overall four-man standings after a third-place performance at the final tour race of the season at Igls, Austria on Jan. 31.

Kripps and his crew of Ryan Sommer, Ben Coakwell and Cam Stones shared the podium with the winners, led by Francesco Friedrich of Germany, and runners-up, headed by Austria’s Benjamin Maier.

“We didn’t set any overall goals this year. We always want to be hunting down the podium but with COVID situations this year, it was all about building some momentum and seeing what we need to work on,” Kripps said in a release.

In the women’s race, Cynthia Appiah and Dawn Richardson Wilson starred in a tight contest, finishing 0.08 seconds back of winners Kaillie Humphries and Lolo Jones of the United States as fellow Americans Elana Meyers Taylor and Lake Kwaza placed second and Austria’s Katrin Beierl and Jennifer Onasanya took third. Appiah and Richardson Wilson were just 0.02 seconds off the podium. Other Canadian sleds were Melissa Lotholz and Sara Villani in fifth and Alyssia Rissling and Erica Voss in 11th.

Canada’s Marie-Michèle Gagnon found herself on the FIS World Cup podium for the fifth time in her career, but it was her first appearance for a speed event.

Gagnon took third in the super-G at Garmisch-Partenkirchen, Germany on Jan. 30, 0.93 seconds back of champion Lara Gut-Behrami of Switzerland while Kajsa Vickhoff Lie of Norway placed second.

“It was a very good day. I was very surprised, but I had a good feeling all day. I felt confident with my plan,” Gagnon said in a release.

Gagnon spent her first decade on the national team focused on technical events before shifting to speed in 2017.