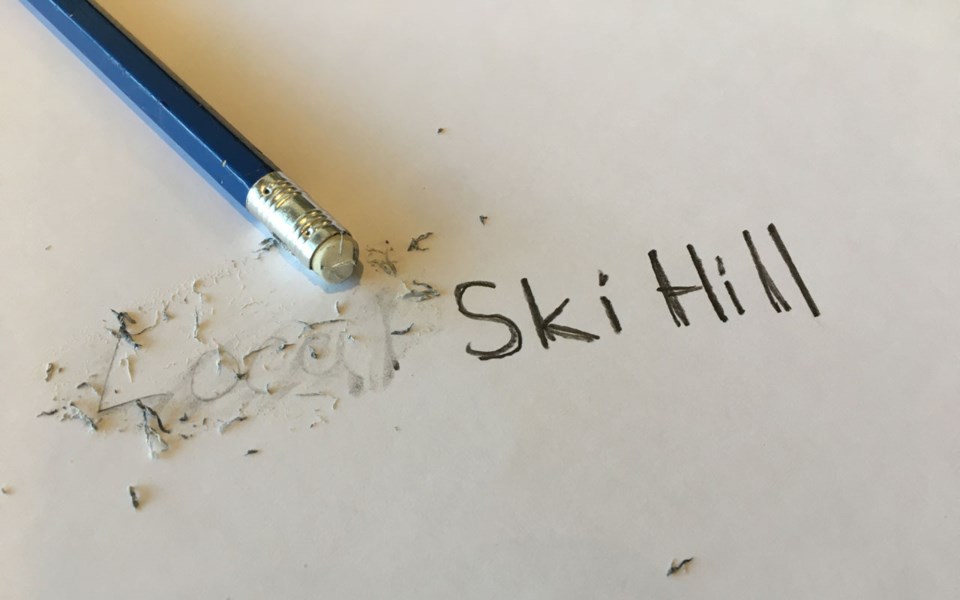 When the meaning of local ski hills was abundantly clear, it was also abundantly ignored by waves of Lower Mainland skiers, sightseers and random daytrippers.Photo by Pique Newsmagazine

It seems to be human nature to dichotomize. This or that, black or white, yes or no, go or no-go, either-or. It’s neat, easy. Breaking things into two dimensions doesn’t overly tax our brains by presenting too many choices. It’s the direction towards which we gravitate.

But clearly, most of life takes place in the interstices of dichotomies. While either-or choices offer simplicity, they actually fall somewhere on a continuum or perhaps anchor the ends. In between, there are shades of grey, other possibilities, tangents shooting off on their own continuums... and quite often, solutions we seek.

Still with me? You must know by now this gibberish leads somewhere.

The scientific/medical response to COVID-19 has been, to be generous, ambiguous and, at times, considerably opaque. Such is the nature of science and medicine when dealing with many things and particularly something novel. So little is known and so much is being discovered rapidly.

For example, while Canada’s public health officer, Dr. Theresa Tam, initially said masks were not shown to be effective and weren’t recommended, as the global consensus grew on the subject, she changed her position. Early heightened concerns about the virus spreading through surface contact were, as well, later proved to be overstated.

The acquisition of knowledge and evolving positions upset and confused many people. But then, there are those who still scratch their heads over the butter/margarine war.

While science and knowledge evolve, they do not do so in a vacuum. Politics and self-interest can and does play a role. Perhaps the most egregious example of this is the vilification of fat—all fat—as the culprit behind heart disease and other maladies. The demonization of fat, as it turns out, was underwritten by the sugar industry and its efforts to deflect the spotlight away from the role sugar played in, well, everything fat was getting the blame for.

All of which brings us back to COVID-19 and the politically tinged, science-based response to it.

Illustrative is the dichotomy of Canada and Australia. Canadian decision makers chose the path of incrementalism, taking baby steps to thwart the virus. The velvet glove, if you will. Australia chose the hammer. While Canada continually ratcheted up baby steps as the spread and numbers grew ever larger, Australia smashed the virus with severe lockdowns and then reopened, approaching normalcy.

The difference continues. Canada only recently embraced imposed quarantine in secure locations. Perth locked everything down when they discovered one, yes, one case.

The approach here, since March’s total lockdown, seems to have been reluctant incrementalism, steps designed to balance control against economic life, albeit at a slower pace, mirroring perhaps the efforts of most governments against climate change. Whether this strategy has been too timid or too heavy-handed depends on whether it’s your ox that’s been gored. Many business owners, churchgoers and others find it too oppressive. Many others find it too open. The opinion of the dead remains unknown while their numbers grow.

The interplay of science and politics probably goes a long way to explaining why, when the science was clear to all but those who have gone down the rabbit hole of COVID-19 denial and conspiracy theory, it took so long and so much pressure for B.C.’s public health officer to stop prevaricating and finally come out and mandate mask-wearing in public places. There’s no doubt she knew that was the right thing to do long before finally doing it.

I have mostly been a fan of Dr. Bonnie Henry’s approach, while wishing it was a bit more powerful. I have thought it was reasonably clear to anyone who was paying attention. Until last Friday.

For a long time, this has been the official word: “Ski and snowboard at your local mountains. For example, if you live in Vancouver, you should ski at Cypress, Grouse or Mt. Seymour.”

That language is still on the provincial government’s official website.

By contrast, here’s what she said on Friday. “If you’re somebody who works, or has strong connections and lives partly in Whistler, then yes, that is your local ski hill.” (Italics mine.)

Is this a mixed message? Was that a rhetorical question? While you or I might think this is a departure from the official line, Dr. Henry on Monday’s update again simply prevaricated and said, in response to a question, she continued to, “... encourage(ing) people to ski at their local ski hills.”

No one asked if she hadn’t just redefined local hills. Now, I don’t have a problem with the works-in-Whistler or lives-partly-in-Whistler part of the redefinition.

But what the heck does “has strong connections” mean? Is a season pass a strong connection? An Edge Card? Knowing where Whistler is? Wanting to come here to go sightseeing? Wander the village aimlessly?

When the meaning of local ski hills was abundantly clear, it was also abundantly ignored by waves of Lower Mainland skiers, sightseers and random daytrippers. But now that nothing more than a “strong connection” to Whistler has magically turned Whistler and Blackcomb into local ski hills, the floodgates have opened.

At least if the crowds last weekend are any indication.

Admittedly, snow was falling. Sunday especially was a powder day. Some, not me, would say Epic™. So were the crowds at the bases. At Blackcomb, the gondy lines reached the Chateau shortly after 7 a.m. They snaked back on themselves, went down the stairs and over the bridge to Rebagliati Park and were, according to a friend with far greater patience than most locals, two hours long at their peak.

At least one of the village lines crossed the Ted Nebbeling Bridge before terminating near Eddie Bauer in Town Plaza.

The highway was jammed with day trippers leaving each afternoon.

Yes, skiing is a relatively safe outlet. But it defies imagination to believe these numbers pose no threat in a town spiking with over 300 cases since the beginning of the year.

So when Dr. Henry says, as she did Monday, “When we say this (stay local) people know what to do now.” Yes, they do. And so they came to their local ski hills—Whistler and Blackcomb.