MAXED OUT: What do you get when you don’t properly vet? 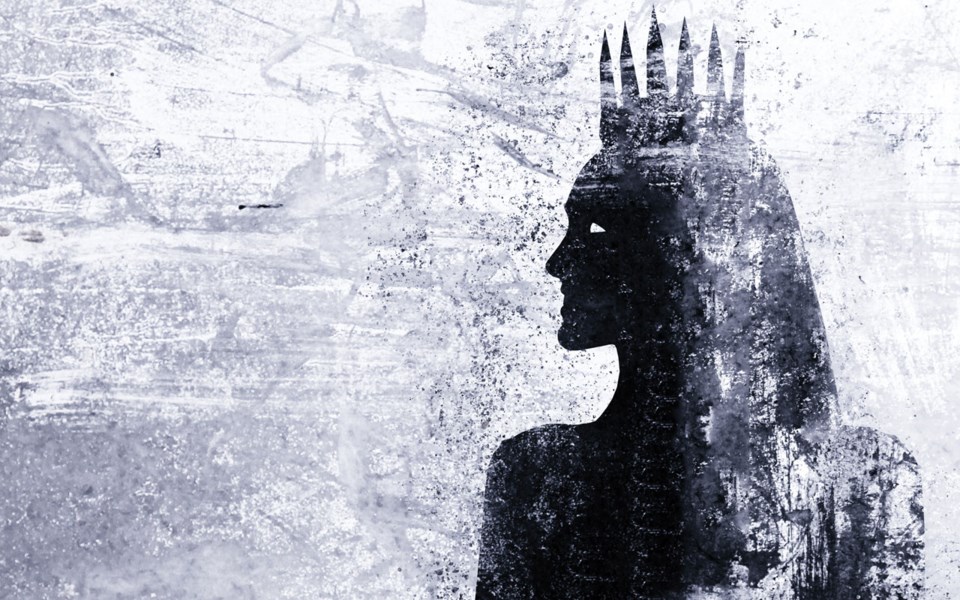 No single task in the long list of thankless tasks the Governor General is expected to perform seemed to interest Julie Payette except maybe the ones that let her dress up in uniform and ribbons or ones that honoured her for being Queen-Lite.gettyimages.ca

“OBVIOUSLY THE vetting process that was in place was followed....”

“Allo. I wan to speak to da Prime Minister.”

“Who shall I say is calling?”

“Jean, Justin here. Good to—uh—hear from you. What’s up?”

“I av da perfect candidate for Gov’nor General for you.”

“I already have a GG. David Johnston is doing a fine job.”

“I—uh—hadn’t thought of it that way. Who do you—uh—have in mind, Jean?”

“Dat’s what you say two year ago.”

“Astronaut, eh? Oh, wait. I remember her now. Wow! Great idea, Jean. Leave it with me.”

And so, stars in his eyes with the thought of getting a celebrity that ticked all the boxes—well, at least the boxes that perpetuate the old boy/girl, white rule—young Justin Trudeau set out to ensure the Prime Minister’s Office thoroughly vetted Ms. Payette for the viceregal role of Governor General, the Queen’s representative whose most important role is to read the Speech From the Throne so we don’t have to listen to the Prime Minister(s) lie to us personally.

Vetting in this case, as has become abundantly clear, consisted of JT saying to his Chief of Staff, “Oooooh. She’s famous... a—uh—celebrity. She’s French-Canadian. She was an ASTRONAUT!!! Flew jets!! Was on the Space Station!! I want her.”

And so it came to pass.

To say it was all downhill from the start would be—what’s the word I’m looking for—an understatement. As GGs go, Ms. Payette has been a disaster. If Donald Trump had been a woman, and thank God for humanity he wasn’t, and had no real power to go along with his self-absorbed, infallible, imperial attitude, and been an astronaut, something he had neither the brain nor will power to achieve, he’d have been Ms. Payette’s doppelgänger.

No single task in the long list of thankless tasks the GG is expected to perform seemed to interest her except maybe the ones that let her dress up in uniform and ribbons or ones that honoured her for being Queen-Lite.

Depending on your perspective, the GG job is either a fundamental cornerstone of our political system or an antiquated titular role that ought to be put out of our misery. But regardless of which camp you fall into, Ms. Payette’s performance was miserable and brought both the office and most certainly the government and Prime Minister into even further disrepute, the latter being a formidable task. Only the Queen herself was spared and it’s not like she doesn’t have enough family issues to deal with.

Let us be clear. The GG’s job is about as posh as it gets in a country that doesn’t have a local monarch. It comes with a palatial estate, upon which Ms. Payette squandered hundreds of thousands of dollars to ensure her privacy and comfort. Had she ever actually resided there, it may have been money well spent but her stubborn reluctance to perform even that task made it a monumental waste of taxpayer dollars.

By comparison, the Prime Minister’s home, 24 Sussex Dr., is a crumbling edifice, perhaps explaining why the Trudeau family is living in a cottage on the grounds of the GG’s palace.

The GG has a formerly happy, now miserable staff—operating budget $24 million—that does all the heavy lifting. Other than reading briefing papers, all she needs to do is show up, smile, salute, bow or shake hands, or the COVID-equivalent elbow bump.

But Ms. Payette, as well as eschewing Rideau Hall, was famous for declining requests for public appearances, privacy, not only in her residence but apparently the rest of her life, being paramount. She found it too tiresome, or perhaps not sufficiently self-aggrandizing, to be patron of charities formerly enjoying long-standing support of past GGs. She was, in short, a total disaster as GG.

But that may not have been so bad had she not been a holy terror to those around her. A CBC report last summer outlined a regime of belittling, berating and publicly humiliating staff on the part of Ms. Payette and her hand-picked deputy, Assunta di Lorenzo.

That’s when the questions started.

Six months later, at a cost of almost $400,000, an external audit found, well, exactly what one reporter and her team at the CBC found for a fraction of that amount—a toxic workplace environment run by a tag team of bosszillas.

When the initial reporting came out, Ms. Payette said she welcomed the inquiry. When the external consultant’s report came out this week, she neither admitted nor denied the allegations... she just resigned. While it’s pointless to suggest she could have done that in July and saved taxpayers the cost of the inquiry, the meter’s still, and will forever be, running on Ms. Payette’s deranged term in office.

For her just over three years of service, she will receive a lifetime annuity of almost $150,000. Of course, she pulled down more than $250,000 salary for her lack of service. But that’s not all; former GGs are allowed up to $206,000 per year for office and travel expenses. Seriously.

I’m not blaming Ms. Payette for taking a job she clearly didn’t want. Heck, if JT called me up and offered me the job, I’d jump at it. Who wouldn’t?

But my qualifications were more thoroughly vetted the first time I applied for a job that paid barely more than minimum wage at Blackcomb!

Ever dodging and weaving, the Prime Minister won’t admit he screwed the pooch checking up on his rock star appointment. But Intergovernmental Affairs Minister Dominic LeBlanc has, as reported in The Globe and Mail. He said the first anyone in the PMO’s office learned of Ms. Payette’s abuse in all of her previous jobs was when the CBC reported it. Caramba!

So the beat goes on. It gets harder and harder to know whether JT is just clueless or believes as head of the Natural Governing Party he’s simply above such mundane matters. At this point, after repeated conflicts of interest, scandals, missteps and incredibly dumb decisions, his only saving grace, as it has been so many times in the past, is a weak opposition and a leader of the Conservatives who looks as though he wears clown shoes.

If I believed in conspiracy theories, I’d almost imagine the little guy from Shawinigan set him up as neatly as he did Little Pauly Martin. Naw.