MAXED OUT: Close the damn borders 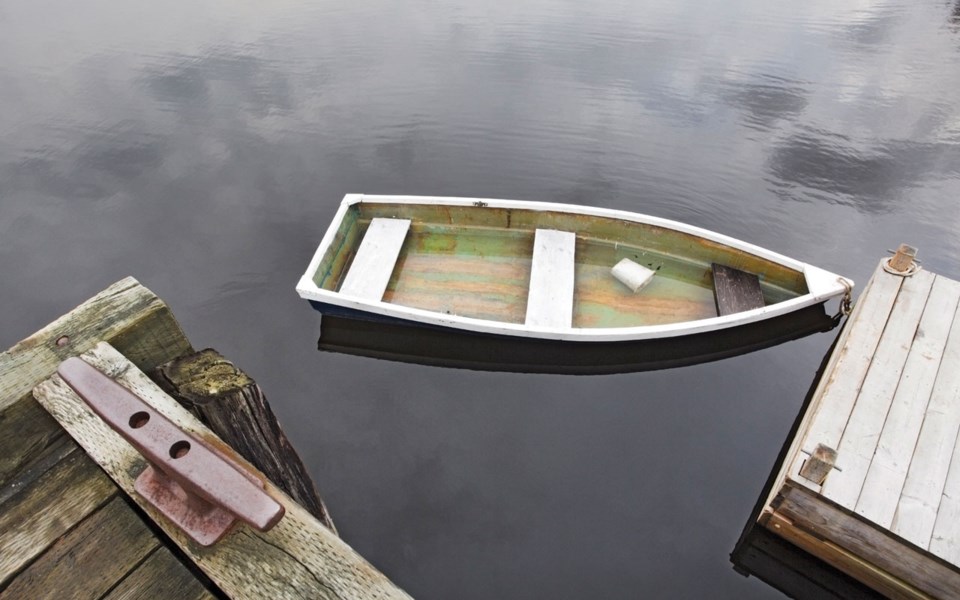 Government's collective efforts to date to flatten, bend or in some other way mutilate the curve remind Max of spending an afternoon in a leaky fishing boat.www.gettyimages.ca

It was the kind of spurious advice a precocious kid like me hated to hear. My first thought was, “No problem. There must be thousands of new mistakes I can make.” But the orneriness in me said, “No problem. I’ll make it half a dozen times just to drive you nuts.”

Eventually, I came to understand the wisdom in that advice. I’d like to say it had something to do with becoming familiar with Albert Einstein’s definition of insanity, which is doing the same thing over and over again and expecting a different result, but in reality, it had more to do with having a secretary who couldn’t seem to avoid making the same mistakes over and over again until I had to fire her.

But these days, I fall back on Einstein’s admonition more often. I’ve come to realize our elected and appointed officials, the ones we’re relying on to steer us through this year-old nonsense, are, well, insane. They keep doing the same things over and over even though all evidence points dramatically to the fact IT’S NOT WORKING!

Their collective efforts to date to flatten, bend or in some other way mutilate the curve remind me of spending an afternoon in a leaky fishing boat. With only a small container to bail the rising water, we had a choice: bail or fish, not both... and either way our feet continued to be wet. When health officers, premiers and assorted ministers of health express optimism about numbers of infections, hospitalizations and deaths getting lower, but still remaining high compared to those countries taking bold action, I keep remembering our collective feet are still underwater.

Yet, they keep doing and saying the same thing. As though good intentions will change the future.

And while I call it Guy Syndrome, it is clearly not gender-specific, as proven by the numbers of women holding high, public-health positions.

Case in point: Going way back to a year ago, the federal government leaped into action and closed Canada’s borders to travellers coming from China. That wasn’t because China is a country run by petty, malevolent dictators. It was because China was widely considered to be the source of the novel coronavirus we were hearing about.

Of course, the government was bailing with a small container. The virus travelled to other countries. People travelling from those countries were just as effective at bringing the virus around the world as people travelling directly from China would have been. If you recall, many of the early cases in this province were traced to people traveling from Iran. Go figure.

That early decision has pretty much set the course for everything that followed. Too little, too late.

Canada is not a country known for taking bold steps. If not in our DNA, it’s certainly a component of our confederation. While some countries wield a two-edged sword, Canada wields a two-edged shield. The feds hide behind the shield of provincial jurisdiction and the provinces are just as good at hiding behind claims something is within federal jurisdiction. It is a convenient co-dependency. Every level of government has some other level of government to blame and if there’s always someone else to blame, no one’s to blame. QED.

So it’s no wonder people from coast to coast to coast are fed up with this dithering. It’s no wonder most of us are screaming at our provincial bumblers when they tell us to redouble our efforts, keep our bubbles to our immediate household, avoid unnecessary travel and observe the usual COVID-19 dance steps.

That’s because the people who aren’t hearing it at all, or are simply choosing to ignore it, have no effort to redouble. They are the problem. You are the problem. And it’s about damn time you redoubled your own efforts to deal with it because this crap’s getting old ... and getting worse. And your continuing half-assed steps are going to continue to fail. Fail, fail, fail.

The new variants—mutations—the ones more easily transmitted and more deadly, are now available in every province. Maybe they arrived by simply mutating within someone who already had the old-form virus. More likely, as was evident in the early, eagerly identified cases, they were contracted by contact with someone coming from other countries in which they had already been identified.

So ... close the fookin’ borders already. Federal, provincial, local. Not the kind of lame-ass steps JT already announced: We’ll give you three weeks to party and then we’re going to make you quarantine—three days at your expense, any longer at the taxpayer’s—if you don’t come back to the country with a negative test.

The very best tests continue to have some false negatives. Close the damn borders.

People are going to ignore quarantine rules. We’ve seen that in this town. Everyone’s heard the stories. Close the damn borders.

Oh, and while you’re closing the borders, start getting a little more Old Testament with the miscreants ignoring the rules of engagement. Rich couple rents a private jet, flies to Yukon, jumps the queue, gets vaccinated and gets fined $1,000 each? Ouch. The entitled vacuous cram into a Vancouver penthouse booze can and wind up with $230 tickets for not wearing masks? That’s not a deterrent. That’s a freakin’ cover charge!

Meanwhile, those of us getting tired of living our never-ending Groundhog Day, feeling doomed to spending the rest of our lives doing the same thing every day, foregoing human contact, considering everyone and every activity a risk, are told to be kind, be calm, be safe ... and redouble our efforts.

Meanwhile our own provincial Mr. Dithers Horgan muses about, “... looking at various plans and protocols to restrict travel into...” the province. Keep lookin’, John. As long as you look you can pretend it’s acting.