MAXED OUT: Let’s be grateful the mountains have stayed open 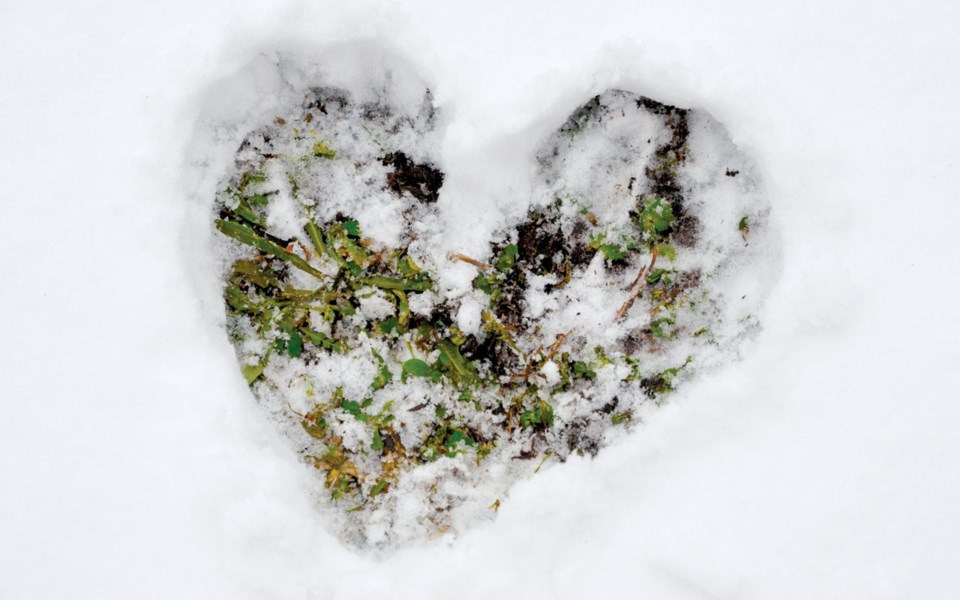 Whistler Blackcomb (WB) announced last week they wouldn’t be extending hours of operation this season, as the days grow longer. No opening creep to 3:30 or 4 or 4:30 p.m., something that’s always been done in the past.

I feel compelled to weigh in on this unprecedented move. I know what you’re thinking but try not to get ahead of me; you may be disappointed.

I’m good with it.

Frankly, I’m overjoyed the mountains are still open at all and I’ll be first in line to thank WB for taking the hit I’m sure they’re taking to keep them open. I almost feel sorry for them when I see the numbers of skiers and boarders up there mid-week. The runs are nearly empty. It’s rare to wait in any significant lift line and it usually means the alpine either hasn’t been or is incapable of being opened. I can’t imagine Vail Resorts isn’t bleeding money keeping the lifts running and the slopes groomed on both mountains. Nice grooming, by the way.

So, thank you. This pandemic lifestyle would be intolerable if we couldn’t ski and board. If you’re smart enough or concerned enough to avoid heading over to a friend’s house to drink beer and watch hockey, the mountains are one of the few avenues for socializing. Skiing with friends is automatically socially distanced. Riding chairlifts with masks on—and no, it’s not the chairlifts wearing the masks, silly—poses an infinitesimal risk of transmission. When we can’t get together to share a meal, at least we can get together to do what most of us moved here to do.

As early as the first week in January, right after the holiday tourists left town, I began hearing rumours Vail Resorts was looking for any excuse to close the place down. I didn’t buy it. Given how badly they dealt with passholders after closing in mid-March last season, and considering their “guarantee” to passholders this year, I couldn’t imagine they’d want to face their bankers after refunding oodles of money for closing even earlier.

And here we are, the beginning of March and I can hardly remember a day when there haven’t been snow guns running on one or both mountains. If I bought into conspiracy theories, I might imagine they were going to the trouble and expense of making snow this late in the season just to keep us thinking they weren’t going to close early. Diabolically clever, those demons.

Of course, if I bought into conspiracy theories, I might also believe Bill Gates, Dr. Anthony Fauci and everyone working for the World Health Organization conspired to hoodwink us into believing COVID-19 was a real disease and not just some nefarious plot to control everyone’s minds. But still having working brain cells, I suspect the snow guns on the mountains have more to do with a desire to keep ski outs and key runs open and in good shape for the remainder of the season. See Occam’s razor ... and no, you can’t shave with it.

As an aside, snowmaking’s been going on for most of the season. If you remember when it opened, back in November, there wasn’t much we’d have been skiing on if not for snowmaking. Yet, in an offhanded way, water usage for snowmaking came under the microscope of the Canadian Centre for Policy Alternatives early in February when they singled out WB for being a “big user” of water as British Columbia, “... feels the effects of climate-change-induced drought...”

Naturally, it took someone from WB to point out this ain’t lead smelting we’re talking about. Water on the mountains is converted to frozen water and melts back into liquid water and flows back into local streams, lakes and rivers. For the most part, other than a few minerals and a trace amount of ski wax, there’s nothing to see here, folks. Duh.

The dreaded reservation system turned out to be not nearly as horrible as feared. After the first few weeks, and especially after the holidays, reserving has been a breeze. And despite what the base lift lines seem to suggest, the numbers of reservations WB has permitted would probably surprise you ... being lower than you expect. Even those who somehow forgot to reserve have generally been able to whip out their phone and grab a spot with no more than a few minutes’ delay.

About those base lift lines. Ugh. I’ve never been a weekend skier and the endless lines this year cemented that bias. But powder days have been nearly as brutal and made many a long-time local wistful for the reservation system of old that assigned a time to load at Creekside. I don’t expect the system to outlive the pandemic but if it should, that would be a vast improvement.

Safety on the mountain—pandemic-style—has been encouraging. Those horrible base lines have been pretty well controlled by WB. I’d like to think everyone could be responsible for their own social distancing on the upper lifts, but enthusiasm frequently outruns enlightenment, particularly at Peak Chair. Up your game, people.

I haven’t been in the eateries enough times to know what they’re like at feeding times but the spacing and reservation restrictions speak to safety.

The two areas where WB/Vail Resorts continues to get low marks centre on guest relations and communications. The wellspring of both rests with the insane desire to control everything from the Field of Brooms. Telling passholders of whatever variety they’ll need to wait until the end of the season for an announcement regarding what, if anything, Vail Resorts intends to do if they’ve been following public health guidelines—as opposed to mandates—and not travelling to WB or one of Vail Resorts’ other mountains, is a textbook example of how not to engender goodwill among your customers.

It’s particularly galling for people with a history of patronizing WB, at least since Blackcomb emerged on the scene. The mantra of customer service here has always been, “Exceed your guests’ expectations.” I don’t know if Colorado skiers have low expectations but I do know WB users have very high ones. And they are not being met. Until they are, Vail Resorts will never wear the white hat and it will continue to undermine the good things they do.

Sorry to end on a negative note. Skip the last two paragraphs if it makes you feel better and simply accept my thanks. A lot of people I’ve spoken to feel the same way. So, thank you.