Madsen set to Everest into the Whistler alpine 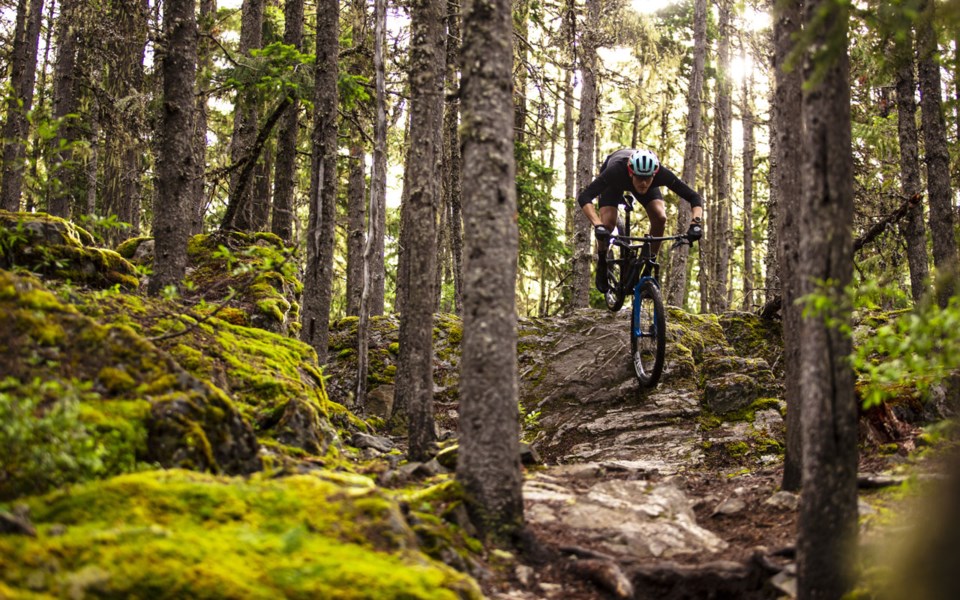 Karsten Madsen is set to climb 8,848 metres in Whistler's alpine on Sept. 5. Photo by Matthew Tongue

Karsten Madsen has already completed one Everesting challenge so far this summer, ascending the equivalent height of Mount Everest (8,848 metres) in Kadenwood in May.

The Xterra Triathlon veteran is going to get back at it again, but with an added wrinkle: instead of doing it on pavement with a road bike, it’ll be on Into the Mystic and Lord of the Squirrels.

Going off-road increases the level of difficulty significantly. For starters, in his prior challenge, Madsen’s descents allowed some opportunity for recovery, which is not a privilege he’ll be afforded on the trails.

“There’s obviously some dramatic differences,” he said. “This descent is a lot more physical and rough. It’s not the hardest trail in Whistler, but it’s a long, fatiguing rough trail down.”

There will also be logistical challenges in that his Kadenwood laps were relatively short, as he needed just over 38 on the day to complete the ascent, while he’ll need to do the Into the Mystic/Lord of the Squirrels loop just over seven times for the same achievement.

“It’s going to be almost two-and-a-bit hours between supports because the loop is just so big, whereas in the Kadenwood one, I was always 17 to 18 minutes away from being back down to the bottom and getting what I needed,” he said.

That means this time, Madsen will have to be more self-supported, carrying some of his supplies to use as needed.

The ascent has been in the works since almost immediately after Madsen completed his first Everest of the year.

“I found that road biking in Kadenwood to do it wasn’t actually as hard in the way that I was after,” he said. “A few days after, I started staring at Lord of the Squirrels. That’s a trail where the climb up means a lot to me. I use it for training a lot and I hold the KoM [King of the Mountain record], and a lot of the fastest times.”

Madsen’s first Everest effort was part of an international campaign to raise money for COVID-19 relief through the Be Good Foundation, though there were also Whistler Food Bank donation bins set up. This time, his focus is entirely local, as funds raised will go to the Whistler Off-Road Cycling Association, which saw its fee-for-service agreement with the Resort Municipality of Whistler (RMOW) slashed from $120,000 to $40,000.

“I wanted to do something more for the community, and for the community that has given me a lot,” he said. “It’s a year that rider usership is up a lot more. The trail use is higher, and yet [WORCA has] less budget, so it’s a logical choice to try to help them in whatever way that I could.”

Entering Saturday’s ride, Madsen had nearly reached his goal of $8,848 (a dollar for each metre ascended), as he’d garnered nearly $8,300 through 180 donations. To give, visit https://www.amilia.com/store/en/whistler-off-road-cycling-association/shop/fundraising/653653.

Madsen credits the Whistler community for pushing his limits.

“One of the things that I love about Whistler is that you have to do something pretty bold to get people’s attention around here,” he said. “The challenge needs to make even people that live here say, ‘That’s pretty nuts.’”