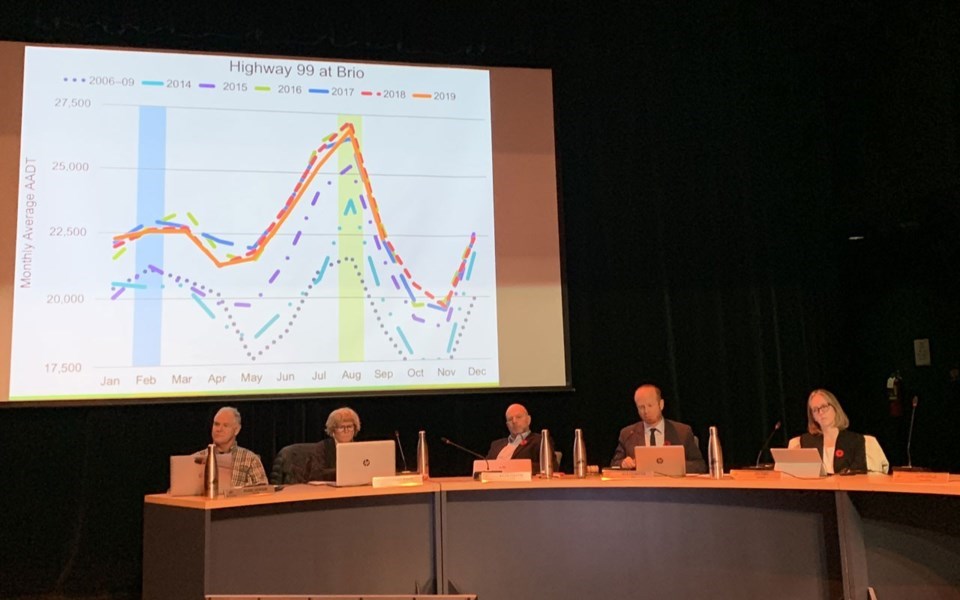 The Resort Municipality of Whistler is launching a new climate action strategy that will help prioritize actions in the Community Energy and Climate Action Plan (CECAP) over the next decade.

At its July 7 meeting, council will hear a presentation on the new Climate Action Big Moves Strategy, which aims to zero in on transportation, buildings and waste, which together account for more than 90 per cent of Whistler’s greenhouse gas emissions.

True to its name, the strategy outlines six “big moves” for the next 10 years: Move beyond the car (by 2030, 50 per cent of all trips in Whistler are by transit or active transport); decarbonize passenger and commercial transport (by 2030, 50 per cent of all vehicle kilometres travelled are from zero-emission vehicles); reduce visitor travel emissions (by 2030, Whistler demonstrates leadership in redefining tourism in a low-carbon world); build zero-emission buildings (by 2030, all new buildings achieve the top step in B.C.’s Energy Step Code, use only low-carbon heating systems, and embodied carbon emissions drop by 40 per cent); make existing buildings better (by 2030, reduce emissions from residential buildings by 20 per cent and from large commercial buildings by 40 per cent); and close the loop and shift toward lower-carbon consumption (by 2030, reduce waste-sector emissions by 95 per cent and reduce embodied emissions from products and services).

“To close the gap, additional action at the municipal, provincial and federal levels will be needed in the next decade,” the report states.

Meanwhile, council will hear an update on the RMOW’s Q1 finances at the July 7 meeting.

Revenues were at nine per cent and expenditures 26 per cent of their annual budgeted amounts (compared to seven per cent and 25 per cent, respectively, at the same point last year) according to a report to council.

While the RMOW’s 2020 Q1 finances were generally comparable to last year, the COVID-19 pandemic began to affect the community in mid-March.

“The closure of municipal facilities, including Whistler Public Library and Meadow Park Sports Centre, took effect on March 17. These closures persisted into 2Q and will continue to affect the RMOW’s received revenue,” reads a report to council.

Further, the provincial government announced on April 1 that sales tax (including municipal and regional district tax, or MRDT) filing and payment due dates were extended to Sept. 30.

“As a result, the amount of MRDT revenue received by the RMOW for March 2020 was down meaningfully from the prior year,” the report states.

“This tax deferral will continue to severely limit the amount of MRDT revenue received by the RMOW in 2Q and 3Q of this year. Combined with visitation that is constrained by Provincial directives limiting non-essential travel, MRDT revenues will remain particularly difficult to predict both in size and timing, through the balance of the year.”

Read more about how COVID-19 has impacted municipal finances here.

Council will also consider a resolution to develop an engagement and naming process for renaming Squaw Valley Crescent on July 7. If successful, staff will return to council at an upcoming meeting for further consideration and direction to proceed.

Pick up Thursday’s Pique for more from council.