Whistlerites head to the polls today 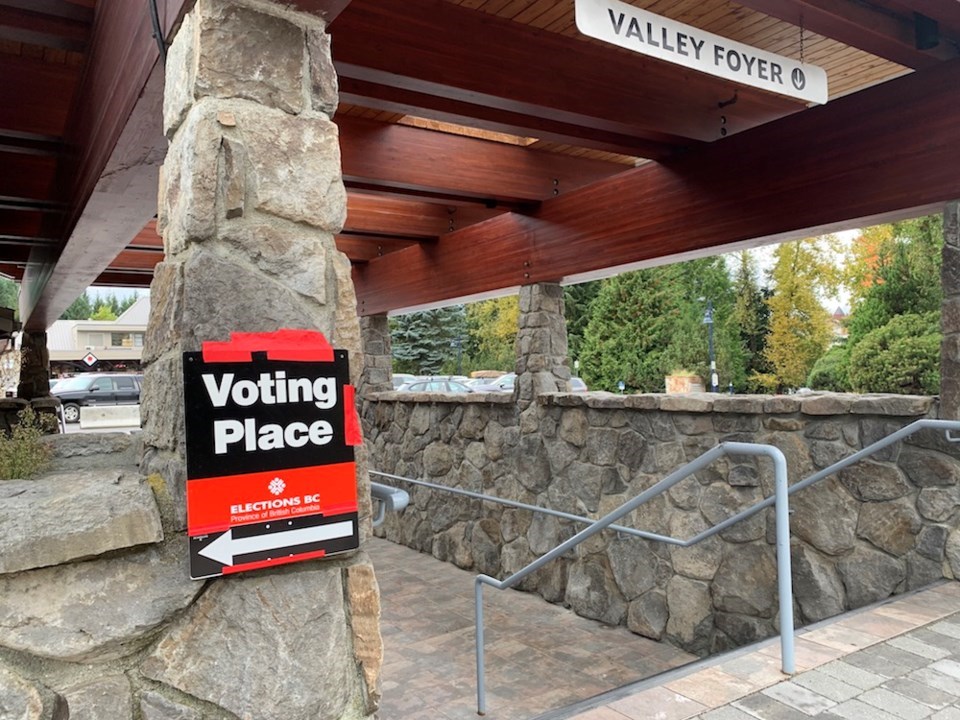 Polls for B.C.’s provincial election are open until 8 p.m. today at the Whistler Conference Centre. Photo by Megan Lalonde.

It’s election day in B.C., and Whistlerites can vote at the Whistler Conference Centre until 8 p.m.

In Pemberton and Mount Currie, voters can cast a ballot at Pemberton Secondary School and the Ts’zil Learning Centre from 8 a.m. to 8 p.m.

Read more about each candidate here, and check back with Pique tonight for results and reaction from the candidates. Go here for up-to-date results.

VOTING IN A PANDEMIC

According to Elections BC, a number of measures are in place to limit the spread of COVID-19, including:

A BC driver’s licence;

A BC Identification Card (BCID);

A BC Services Card (with photo);

Another card issued by the Government of B.C. or Canada that shows your name, photo and address;

A Certificate of Indian Status;

Or, voters can opt to show any two pieces of ID or documents that both display their name, with at least one piece showing a current address. Voters who don’t have identification can also have their identity vouched for by another person, with a few stipulations.

RESULTS TO BE DELAYED

Meanwhile, Elections BC is preparing British Columbians for the likelihood that they won’t know who won the election until weeks after polls close on Saturday.

“Never before have so many voters voted before election day in British Columbia electoral history,” chief electoral officer Anton Boegman said at a news conference Friday as he laid out how the election agency plans prepares for the massive undertaking of counting at least half a million mail-in ballots by hand. That process won’t start until Nov. 6, 13 days after elections day, which is required under the Elections Act to prevent voter fraud.

More than 1.1 million votes have already been cast, with 681,055 people voting in advance polls.

Elections BC has received 478,000 vote-by-mail packages, which is about 66 per cent of the 724,279 mail-in voting packages requested, Boegman said. That doesn’t include the packages currently in the mail and those of which will be dropped off in person at electoral offices or at voting stations. Elections B.C. is also expecting about 20,000 absentee ballots.

The big question mark is the results of mail-in and absentee ballots, which could impact close races.

“Vote-by-mail is always going to be a wild card,” Boegman said.

Votes cast on election night and in advance voting polls, called “live” ballots, will be counted on election night. Preliminary results will be available at results.elections.bc.ca. The first results come in about half an hour after polls close.