White Gold beautification back on the agenda 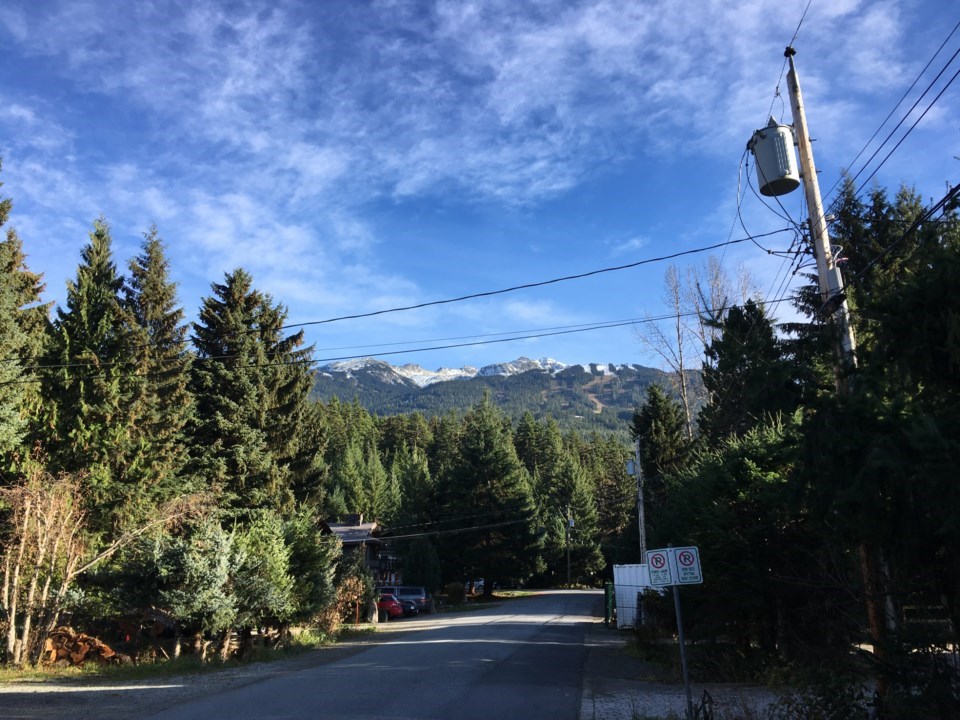 Council will reconsider a resident-initiated project to bury utility lines in White Gold on Dec. 1. File photo by Braden Dupuis

Whistler council will reconsider a resident-led project to bury utility lines in White Gold at its Dec. 1 council meeting.

The project has kicked up controversy in recent weeks, as some residents have raised questions about the transparency of the process, saying the full costs for the work to individual homeowners—in some cases reaching as high as $22,500—were not originally known.

The Dec. 1 agenda item is accompanied by a deluge of letters from White Gold residents, with 40 pieces of correspondence on the matter included in the council package: 25 in favour and 15 opposed.

Under Section 212 of the Community Charter, homeowners may petition a municipality for a “local service area,” with the costs being recovered via an add-on to annual property taxes over a number of years.

On Sept. 5, 2019, council received a letter from Toni Metcalf, speaking as a resident of the neighbourhood (Metcalf is also the RMOW’s economic development coordinator), expressing the interest of White Gold residents to initiate a formal petition process for the work.

Of 160 total affected properties, 93 voted in favour of the project.

The project first got the go-ahead from council on Nov. 3, with only Councillor Jen Ford voting against.

On Nov. 17, Coun. Cathy Jewett introduced a resolution to revisit the decision.

On Dec. 1, council will once again consider directing staff to proceed with the project.

Council will also consider another controversial project on Dec. 1, as a rezoning at 5298 Alta Lake Road is back on the agenda for first readings.

The project originally received first readings in June, but a required Official Community Plan (OCP) amendment—which was initiated in September—means those readings must be rescinded.

On Dec. 1, council will consider first readings for both the OCP amendment and the zoning bylaw.

Council will also hear more details about the financing and project plans for Parcel A in Cheakamus Crossing on Dec. 1, as well as an update on the Audain Art Museum from director and chief curator Curtis Collins.

Find the full agenda and a link to tune in live at https://www.whistler.ca/municipal-gov/council/meeting-agendas-and-minutes, and pick up Thursday’s Pique for more from council.